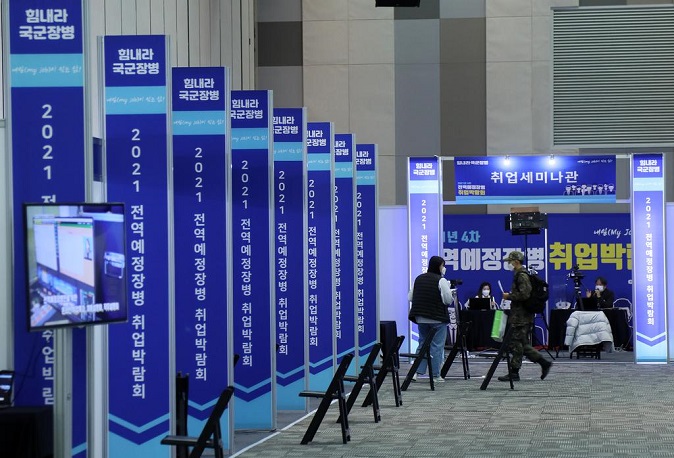 SEOUL, May 26 (Korea Bizwire) — Employment of wage workers in South Korea grew at a slower clip in the fourth quarter of 2021 compared with three months earlier amid the prolonged COVID-19 pandemic, data showed Thursday.

The number of paid employee jobs came to 19.97 million in the fourth quarter, up 376,000, from a year earlier, according to the data from Statistics Korea.

The tally slows from an on-year increase of 491,000 in the third quarter of last year.

The manufacturing sector added 62,000 wage workers in the fourth quarter, with jobs in the health and social welfare segment surging by 138,000.

But the public administration sector lost 123,000 jobs, and businesses and leasing services shed 11,000 jobs, according to the data.

By age, the number of jobs for those in their 60s or older grew by 205,000, the highest increase among all age groups.

But jobs for salaried workers in their 30s fell by 5,000, extending the losing streak to the ninth consecutive quarter.