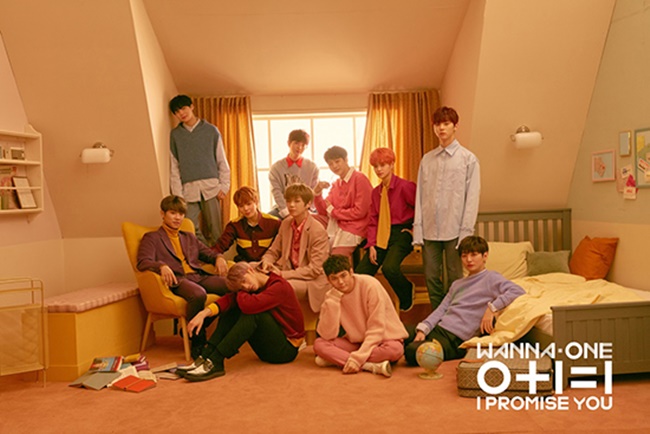 This image is of K-pop boy band Wanna One. (Image: YMC Entertainment)

YMC Entertainment said the pre-orders became available from Tuesday for the 11-strong act’s second EP, “0+1=1(I Promise You,” and that the number reached at 700,000 copies as of Friday.

At 6 p.m. Monday, the band will release a new song titled “I.P.U.” from the album to express their gratitude for fans’ support and love. The new album is set to be unveiled on March 19.

The boy band, comprised of 11 final winners of the popular elimination reality show “Produce 101 Season 2″ on music cable channel Mnet, was selected by TV viewers, who cast a total of more than 10 million votes.

It won awards for Best Male Group, Best New Male Artist and Best of Next Artist at the 2017 Mnet Asia Music Awards (MAMA).

Meanwhile, the band has joined hands with UNESCO for “Wanna One X Girls’ Education,” an educational campaign for girls in developing nations.

“There are reportedly 130 million girls in the world who can’t go to school for various reasons, such as poverty, war and discrimination. The campaign is meant to help those girls get education for leading a better, independent life,” the group said in a statement.

“We take part in the campaign to repay fans’ love,” it said, emphasizing the campaign slogan, “Bright girls, brighter future.”