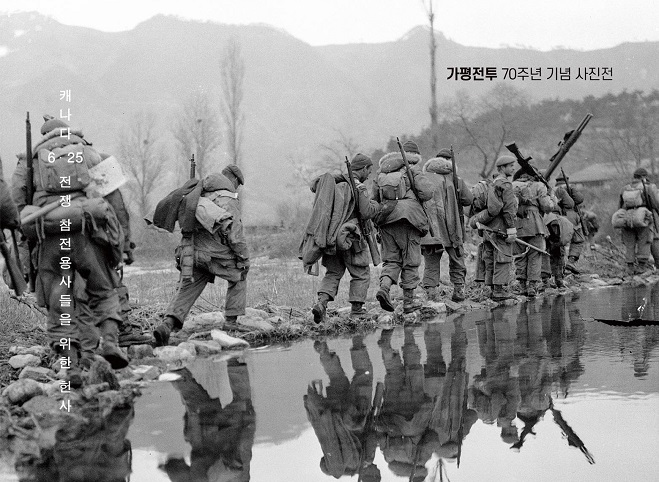 This image, provided by the War Memorial of Korea, shows a poster for a photo exhibition on Canadian veterans who fought during the 1950-53 Korean War to kick off in Seoul on April 21, 2021.

The exhibition, titled Kapyong 70: A Tribute to the Canadian Veterans of the Korean War, was co-organized with the Canadian Embassy in Seoul to mark the 70th anniversary of a battle in the northern county of Gapyeong.

During the battle that took place in April 1951 at the height of the three-year war, the 27th British Commonwealth Brigade successfully fought against Chinese forces, allowing South Korean and U.N. forces to secure time to construct their defense positions.

The exhibition will feature some 40 photos of the Canadian veterans at the battle, as well as 16 items donated by the embassy, including military uniforms the soldiers wore during the war.

It will kick off Wednesday at the War Memorial of Korea in central Seoul and run until June 30, organizers said.