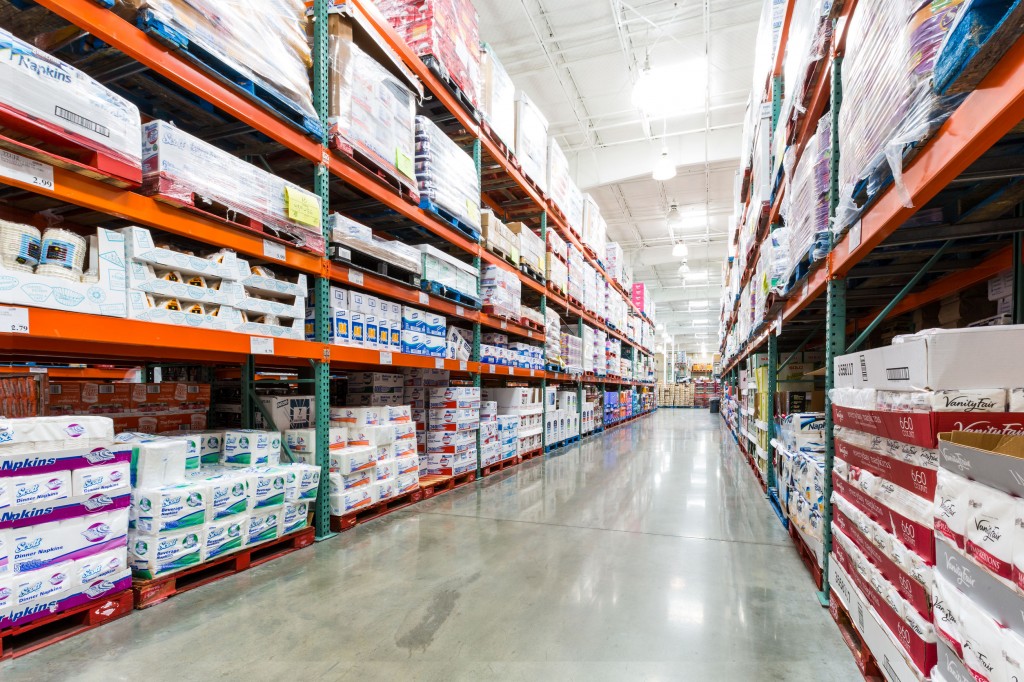 SEOUL, Feb. 3 (Korea Bizwire) – Warehouse clubs that sell a wide variety of merchandise in large quantities were not the most popular shopping destinations for consumers 10 to 15 years ago.

Despite discounted prices, the idea of shopping at a place reminiscent of a massive storage facility didn’t quite come across as a pleasing experience.

However, with the prolonged economic slump that is now driving more and more consumers to search for the most cost-effective products, these outlets are in their new heyday, booming with shoppers.

Since the opening of its first store in 2010, Traders recorded double-digit growth every year, and it now operates 11 outlets across the country with plans to increase the number to 50 by 2023.

According to officials, pricing is obviously the biggest advantage for Traders. For example, Shin Ramyun (instant noodles), which cost 3,380 won for a five-pack at E-Mart  (also a discount store), go for 17,480 won for a 30-pack at Traders.

“Of course, the biggest benefit of shopping at warehouse clubs like Traders is the excellent cost-effectiveness of the products,” said a Traders official. “With the prolonged economic downturn at hand, consumers, usually from four-person households who used to shop at discount stores, are now preferring warehouse clubs.” 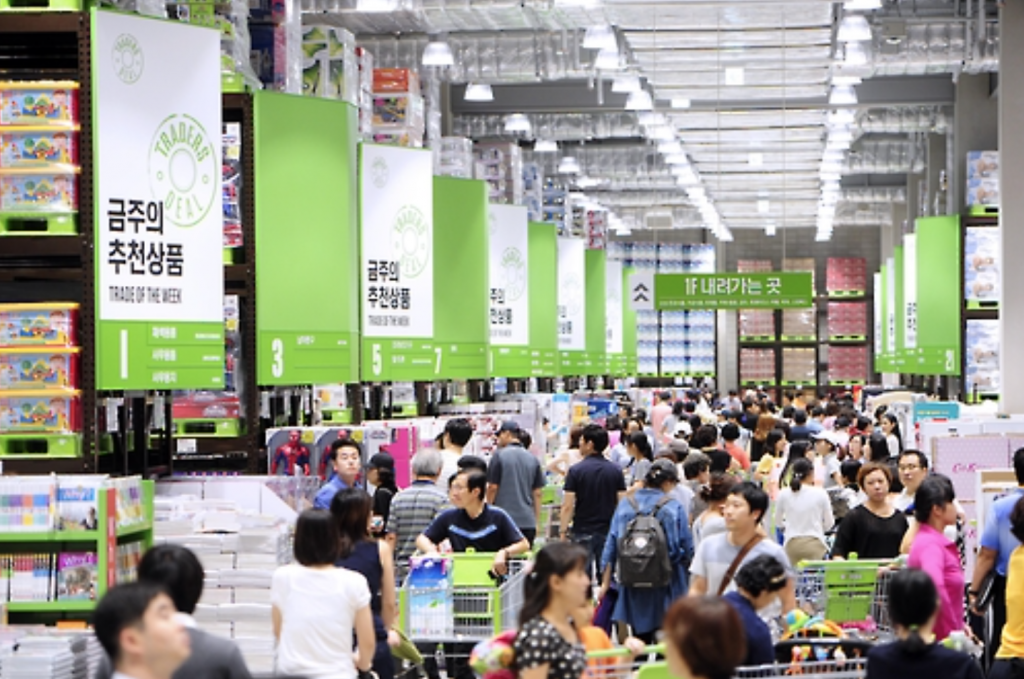 Costco is also enjoying a boom in its business.

The company entered the South Korean market in 1998, only to suffers losses in the first four years. Costco starting turning a profit in 2001, and has been growing rapidly since, recording annual sales of 159.8 billion won in 2015.

With its private brand Kirkland gaining more popularity among local consumers for quality and affordability, the American company is optimistic for its future in Korea.

There are currently 13 Costco outlets in Korea with the latest one opening last month in Songdo, Incheon. Costco is expecting to open another store on a 33,000-square-meter site in Sejong, Korea’s de facto administrative capital, by March 2018.

Big Market, operated by Lotte Mart, opened its first outlet in June 2012, and has been enjoying double-digit annual growth in sales since.

Similar to other franchises, Big Market kept store interiors and personnel to a minimum to offer its customers the best pricing possible, while it tries to differentiate itself from competitors by directly importing overseas brands that are rare to existing discount stores, and selling them at lower prices.

“Just ten years ago, Korean consumers preferred conventional discount stores, which might have been a little expensive but where they could shop in a pleasant environment, like department stores,” said an industry official. “But with the prolonged economic troubles, it’s the warehouse clubs that are making progress with more cost-effective merchandise.”