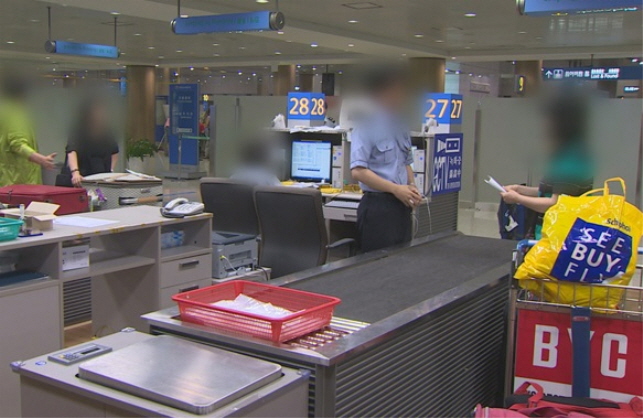 The National Human Rights Commission of Korea said it has asked the Korea Customs Service to set up a partition or adjust the distance between the inspection table and the waiting line to protect the privacy of travelers subject to baggage inspections at airports.

The commission made the recommendation after a number of travelers filed petitions complaining they were humiliated as their personal belongings were revealed in the presence of others during airport baggage inspections.

A man identified only by the surname Kim reported that he felt ashamed in December 2016 after a customs official took out underwear and other personal belongings from his baggage for inspection, while other travelers, and female customs officers, looked on.

A woman identified only by the surname Park also complained that customs officials failed to protect her privacy by exposing her underwear and sanitary products in view of other travelers at an airport arrival hall in December last year.

Regarding those complaints, the customs office has said all inspections were conducted through legitimate procedures in accordance with the relevant laws. The office has also argued that glass partitions have been installed and waiting lines have been designated at a distance to protect privacy.