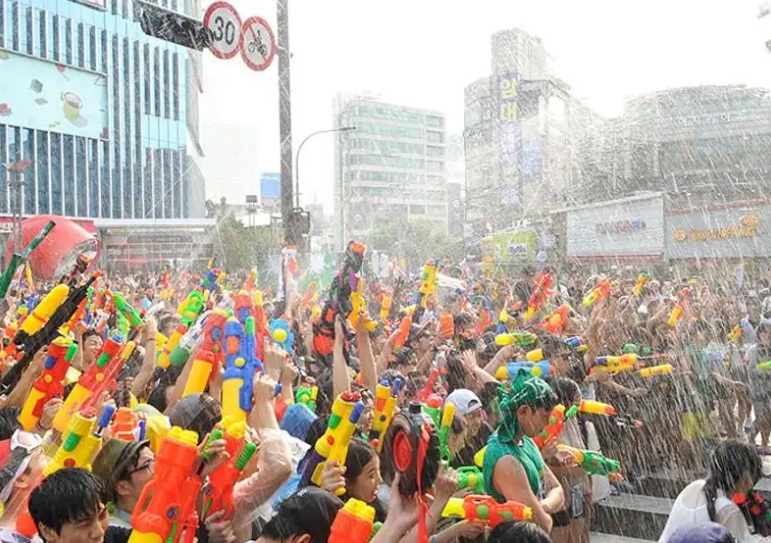 SEOUL, Jul. 4 (Korea Bizwire) — The 6th Water Gun Festival will be held in Sinchon on July 7 and 8 to help city dwellers and visitors to cool off from the sweltering heat.

During the two days, people of all ages and gender can participate in the water event on Sinchon’s Yonsei-ro, the large street leading to Yonsei University.

Reflecting the year’s theme of “Man Versus Robot,” a “flying” performance and “robot troop” performance will be held on a stage made in the shape of a robot.

Following the performances, human participants will have an all-out water gun fight to protect Sinchon from robotic invaders.

Various water events will be carried out, and participants will be able to dance in tune to the beats spun by professional DJs.

Waterslides and resting areas alike will allow even children to enjoy some rest after they are tired fighting the water war.

Last year’s Water Gun Festival attracted more than 50,000 participants, and the event has been selected as one of “Seoul’s leading festivals” for three consecutive years since 2016.

Moon Seok-jin, the head of Seodaemun district, said that he hopes people are able to wash their stress away at the festival. “I’ll try my best to support the festival until it becomes world-renowned,” said Moon.