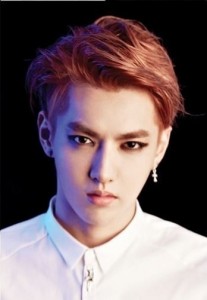 SEOUL, May 15 (Korea Bizwire) – In an unusual move for a K-pop idol star, Kris, who is a Chinese member of boy band EXO-M, filed a lawsuit today against SM Entertainment — none other than the firm he belongs to.

Kris reportedly sued SM Entertainment, demanding a cancellation of their exclusive contract that is a common practice of an agreement between an aspiring young entertainer and a big entertainment agency in Korea.

So why Kris wants to break apart with the company? And Tao, another member of the boy band might provide a rare glimpse into what is going on this controversial suit by the K-pop boy member. Tao, reportedly, posted on his Instagram account, “the public can be sided with the minority, but that is against the truth. Going through the controversy ourselves, we are the only people who are well aware of what is truth behind this,” sparking a barrage of speculation what has driven this unusual legal spat between them.

Hailed from Guangzhou, in China, Kris emigrated to Canada when he was 9 years old, and joined SM Entertainment as a kind of training member and made an official debut in the year of 2012, as a member of EXO M, a unit of EXO.