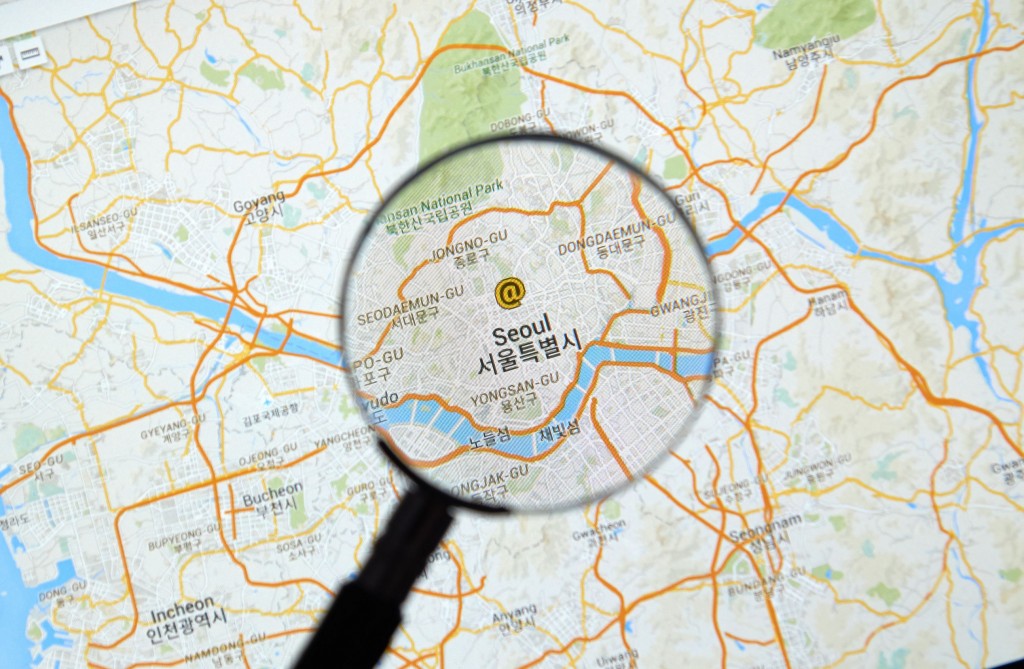 For Google, government-supplied mapping data is essential, especially for Google Maps, which is currently operated here with limited features at some 20 percent of its full capacity. (image: KobizMedia/ Korea Bizwire)

The dispute goes back to 2008, when the global Internet giant made the same request, but to no avail. The government rejected the use of mapping data outside the country for national security reasons, given the unique circumstances it shares with its 60-year-old foe to the north.

Google has since argued that Korea’s national security laws are hampering innovation, and continued asking for a license to export detailed mapping data, most recently in June of this year. The decision was initially set to be made by August 25, but was delayed to November 23, and finally fixed for Friday.

For Google, government-supplied mapping data is essential, especially for Google Maps, which is currently operated here with limited features at some 20 percent of its full capacity.

If the government committee rules in favor of Google, the company will be able to offer features such as car navigation, 3D maps, and walking directions, all of which are expected to have a significant impact on Korea’s location-based service industry.

The special committee, which is composed of officials from multiple state bodies including the Ministry of National Defense, Ministry of Unification, and Ministry of Science, ICT and Future Planning, is still struggling to arrive at its final decision, and opinions are divided not only in political circles, but also among businesses.

While there is speculation that the committee is leaning towards allowing the map data to be exported, mainly with concerns over the new U.S. president-elect Donald Trump and trade disputes with America, others say that the defense ministry will stay firm in its initial stance to blur out national security installations as a key condition of export, a condition that Google is unlikely to accept.

“We have yet to come to a final conclusion, so I can’t speak on the committee’s behalf,” said a committee official.

“There’s been too much rumor and speculation, and I’m not sure how this one will play out,” said an official from a local IT company. “But (allowing Google to export government-supplied mapping data) can increase security risks, and create unfair competition for local businesses.”

Korea is one of the few countries where Google is not the dominant search engine, along with Russia and China, with Naver leading its web search and mapping service.