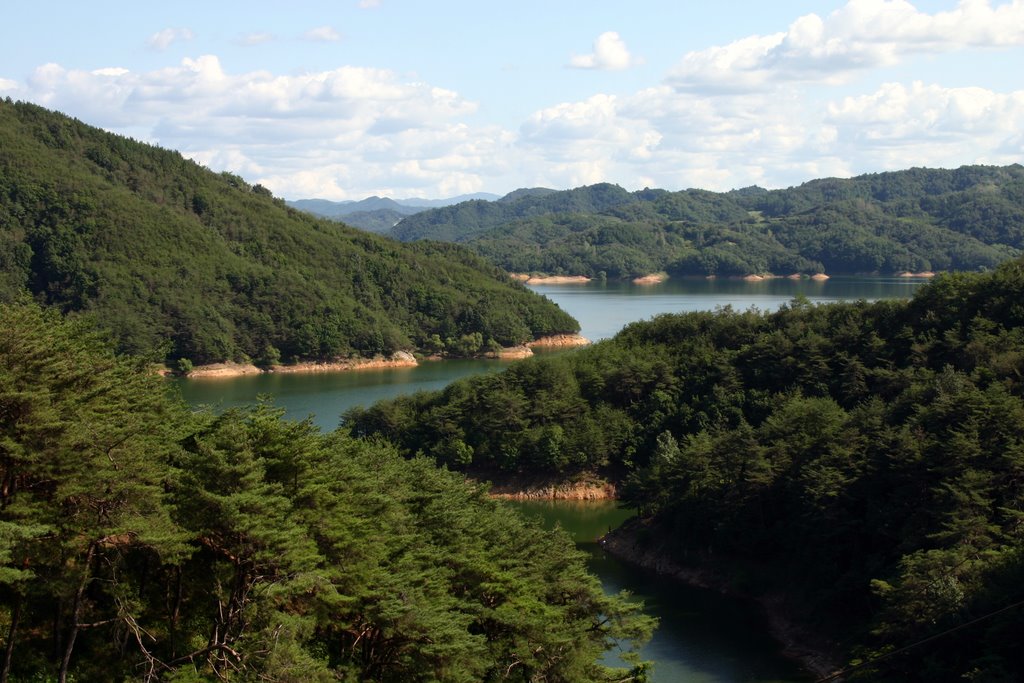 Recent study revealed that some parts of the Nakdong River have become deeper in recent years, slowing down water velocity and leading to lower levels of water quality, with blame being assigned to the Four Major Rivers Project. (image: Wikimedia)

HAMAN, South Korea, July 29 (Korea Bizwire) – The Nakdong River is the longest river (510km) in South Korea, and passes through the two biggest southeastern cities, Daegu and Busan, functioning as an important water source on the peninsula. But a recent study revealed that some parts of the river have become deeper in recent years, slowing down water velocity and leading to lower levels of water quality, with blame being assigned to the Four Major Rivers Project.

An investigation committee probing the river’s health comprised of 11 academic societies and civic organizations conducted a study on the deeper sections of the Nakdong River – Haman Reservoir (11m), Hapcheon Reservoir (11m) and Dalseong Reservoir (9m) – from June 9 to June 11.

According to the committee, the study showed that the Haman and Hapcheon reservoirs both had level 3 (average) biochemical oxygen demand (BOD) scores, while Dalseong Reservoir came in at level 5 (polluted).

“We found that that the (Four Major Rivers) Project increased the river’s depth, and slowed its movement, causing water quality to gradually deteriorate further down the river,” said the committee.

The changes, including the construction of eight additional dams across the river, have also caused water to stagnate, and created a toxic breeding environment for fish and other underwater organisms, ultimately affecting the fishing industry. 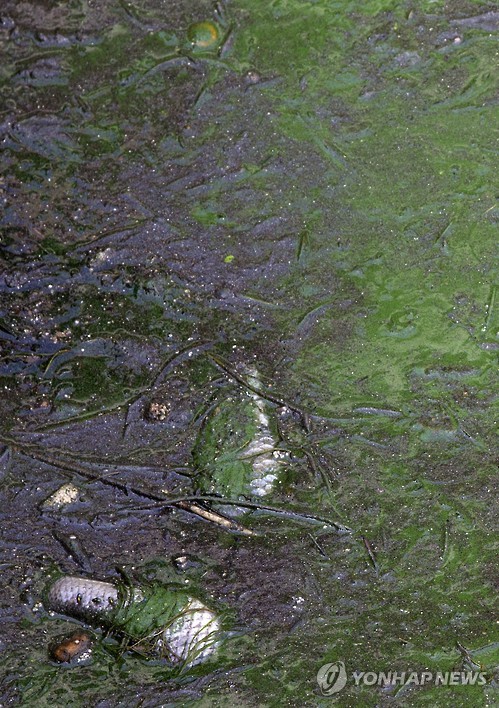 “Worse, the few remaining fish are often polluted with microcystin, which can cause liver disease, or covered in algal bloom, making them impossible to sell.” (image: Yonhap)

“Each fishing operation would catch about 100 fish in the past, but recent catches have fallen to almost zero,” the committee further added. “Worse, the few remaining fish are often polluted with microcystin, which can cause liver disease, or covered in algal bloom, making them impossible to sell.”

“To sum up, the Four Major Rivers Project has converted the river’s sand-bed into a mud-bed, decreasing the inflow of subsurface water, causing a lack of dissolved oxygen, and increasing nutrient salts and mortality rates among fish species. We see an urgent need for a more comprehensive investigation and active corrective measures.”

The committee plans to investigate the three other rivers – the Han River, Geum River, and Yeongsan River – developed under the Four Major Rivers Project.

The project was a multi-purpose green growth project spearheaded by former president Lee Myung-bak to revitalize the four rivers and their surrounding economies, secure abundant water resources, and improve water quality and flood control. But it has been subject to various criticisms and controversies regarding its economic and environmental viability.