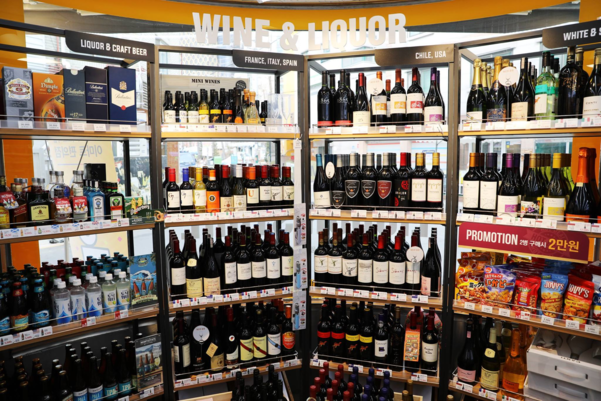 SEOUL, July 29 (Korea Bizwire) — South Korea’s wine imports more than doubled to touch a new high in the first half of the year as more people enjoyed drinking at home due to the coronavirus pandemic, data showed Thursday.

Asia’s fourth-largest economy imported US$236.9 million worth of wine in the January-June period, up 110 percent from a year earlier, according to the data by the Korea Customs Service.

It represents the highest first-half tally and accounts for 86 percent of wine imports for all of 2020.

Imports for the whole of this year are widely expected to set a new record, given the current pace of growth.

Industry analysts attributed the first-half surge to coronavirus-induced social distancing measures that prompted more people to enjoy drinking wine at home instead of going to bars.

Imports of red wine were the largest at $180.4 million in the six-month period, followed by white wine with $49.3 million.

In terms of red wine, France was the leading exporter with $43.1 million, trailed by the United States, Chile, Italy, Spain and Australia.

Local liquor companies have also enjoyed brisk wine sales this year. Lotte Chilsung Beverage Co.’s wine sales jumped 54 percent on-year in the first half of the year, with those of Hite Jinro Co. spiking 97 percent in the first quarter.