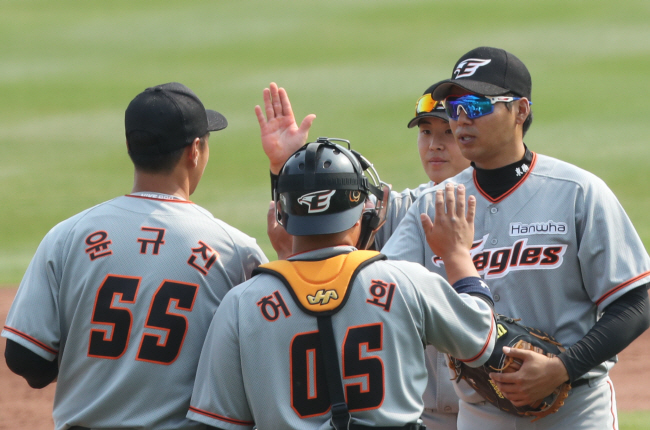 Members of the Hanwha Eagles high-five each other at the end of their intrasquad game at Hanwha Life Eagles Park in Daejeon, 160 kilometers south of Seoul, on April 7, 2020. (Yonhap)

On one end, the Korea Baseball Organization (KBO) is targeting an early May start to its regular season, after it was postponed from its original March 28 Opening Day because of the coronavirus outbreak.

At the other end, the Korea Professional Football League, or simply K League, isn’t close to setting that specific a timetable for its new kickoff date, after the Feb. 29 start was delayed.

It’s hoping to begin sometime in May, if at that. The K League is being far more cautious than the KBO, but that doesn’t necessarily mean the KBO is being reckless, either.

With the number of new cases staying in the double figures this week, down from triple digits over the past several weeks, the KBO has become quite hopeful.

The league had already set its sights on playing a full, 144-game schedule in mid-March, at a time when the country was still struggling to contain the virus that, truthfully, may not be contained for the foreseeable future.

Ryu Dae-hwan, the No. 2 man at the KBO as its secretary general, acknowledged Tuesday afternoon that there was a sense of optimism around the league after the number of confirmed cases stayed below 50 — 47, to be exact — for Monday and again Tuesday.

That allowed Ryu and the league’s executive committee, made up of general managers from 10 clubs, to say with more confidence after their Tuesday meeting that the regular season could start in early May and the champion could be crowned before the end of November, even after all 144 regular season games have been played.

As recently as March 31, the same executive committee discussed shortening the season by up to 36 games, in case the regular season had to be pushed all the way to May 29.

There was no such doomsday talk this week.

However, that there has been such a quick turnaround in the mood among the league and its 10 clubs also serves to illustrate the unpredictable nature of the COVID-19 pandemic. 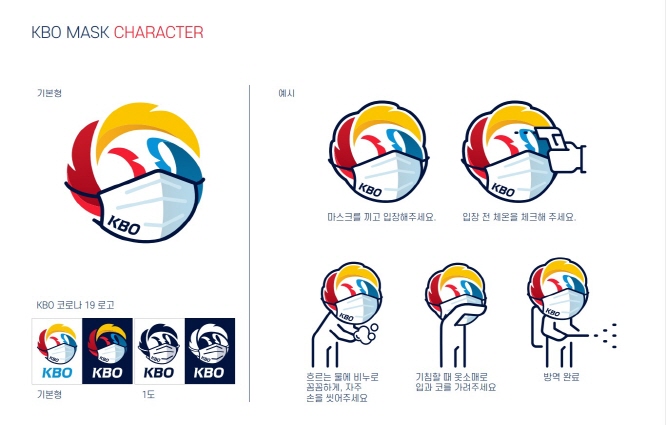 This image provided by the Korea Baseball Organization on April 6, 2020, shows the league’s guidelines for preventing the spread of the coronavirus, including wearing masks and frequent hand-washing.

As import cases were rising at the end of March, few would have guessed daily cases would be staying in double figures for three straight days in early April.

And by the same token, few can predict how the curve will be shaped in the coming days. There could be a sudden surge back up to triple digits, or there could be a drastic decline to single digits.

As hopeful as the KBO may feel, this is still no time to start printing tickets for the new season. And Ryu admitted as much, saying the league’s schedule can change on a dime.

Before the regular season, the KBO hopes to play some preseason games starting on April 21. Currently, teams are only allowed to play intrasquad games without traveling to another city.

Since two weeks’ worth of original preseason games were wiped out in March, newly scheduled preseason games will give the clubs a long-awaited chance to face one another and see how they stack up before the real deal begins.

And Ryu said the league is willing to wait until April 19 or even 20 to see what the situation with the virus is.

“If we see an increase in cases a couple of days leading up to April 21, we’ll postpone the preseason,” he said. “We may even make that call on the eve of the first games.”

And when that happens, the regular season will naturally be pushed back further.

If the KBO has seemed particularly bent on maintaining a 144-game schedule because of financial concerns, it’s because the KBO is indeed worried about the bottom line.

On Feb. 3, the league signed a four-year deal worth 216 billion won (US$177.1 million) with the three national terrestrial networks — KBS, MBC and SBS.

That’s on top of a new media rights contract signed last year with a consortium of web portals and mobile carriers, worth 110 billion won over five years.

Fewer games will obviously mean less TV money for the league, not to mention fewer gate receipts and loss of corporate sponsorships. 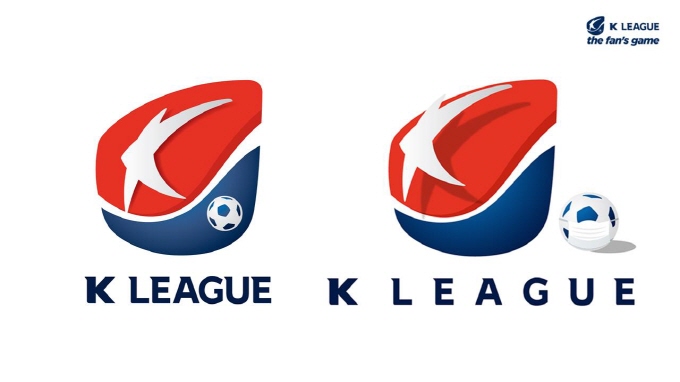 This image provided by the Korea Professional Football League on April 7, 2020, shows the league’s emblem promoting the use of masks and social distancing to prevent the spread of the coronavirus.

The K League has been cautious, and even downright timid in comparison.

Whereas team representatives and KBO league officials have been meeting every Tuesday since early March, the K League met with team officials only once, on March 30, after it announced the postponement of the season on Feb. 24.

And even in that late March meeting, the participants couldn’t even settle on a rough start date. The only agreement that came out of it was that the 38-match season had to be shortened.

“This is a moving target, and we’d rather not keep rescheduling the kickoff date,” he said. “So with a May date in mind, we’ll be monitoring the situation. I think that’s more practical.”

Lee pointed out that the nature of football also forces the K League to be more careful. 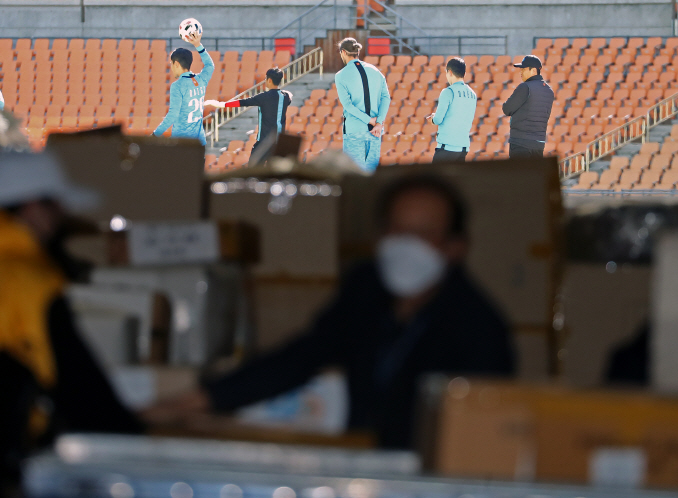 In this file photo from March 11, 2020, Daegu FC players train at Daegu Stadium in Daegu, 300 kilometers southeast of Seoul. (Yonhap)

According to public health experts that have advised the league, football players at the end of a match will be rendered more immunocompromised than normal because of exhaustion.

Lee added that if it’s not considered safe enough for fans to be in the stands, then the league won’t go ahead with matches behind closed doors just to get some games into the books.

The virus-forced stoppage has come at a particularly inopportune time for the K League, which enjoyed a significant increase in attendance last season.

“We had high expectations coming into this year, and teams were ready to pick up where they left off last year,” Lee said.

“The winter transfer market was quite active, and a lot of big names were on the move. The interest level in our league remained high during the offseason.”

And much like the KBO, the K League stands to lose an untold amount of money from the shortened season.

The two leagues may be moving in opposite directions, but both the KBO and the K League are bracing for an unprecedented season, whenever it may begin.