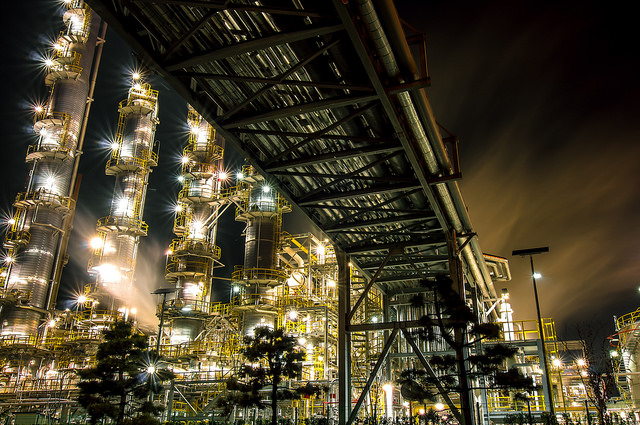 SEOUL, March 17 (Korea Bizwire) — South Korean companies’ earnings for 2014 dropped sharply on weak domestic demand and the strong local currency, but their bottom lines were found to have actually improved when tech giant Samsung Electronics and oil refiners were excluded from calculations, data showed on Tuesday.

According to the data compiled by Woori Finance Research Institute, a local research firm, the combined sales of 1,235 manufacturers traded on the main bourse and the secondary stock market slipped 1.6 percent on-year to 1,936 trillion won (US$1.71 trillion) last year, marking the first on-year decline in 11 years.

Their operating income also dipped 9.7 percent on-year to 94.8 trillion won, with their ratio of operating income to sales hitting the lowest level since 2001 at 4.9 percent, the data showed.

Also, their operating income-to-sales ratio increased to 4.5 percent last year from the 4.1 percent a year earlier, the data showed.

Samsung Electronics, the world’s largest handset maker, booked a net profit of 23.4 trillion won last year, down 23.2 percent from 30.5 trillion won the previous year, as it faced increased competition with global rivals in both the high- and low-end smartphone markets.

Industry leader SK Innovation and No. 3 S-Oil posted operating losses of 221.4 billion won and 258.9 billion won each, going into the red for the first time in more than three decades. No. 2 refiner GS Caltex said it also logged an operating loss of 456.3 billion won last year, its first in six years.

“If Samsung and local refiners would rebound from their disappointing results seen last year, then overall corporate earnings would be higher than last year,” said Choe Suk-won, a researcher at the institute.