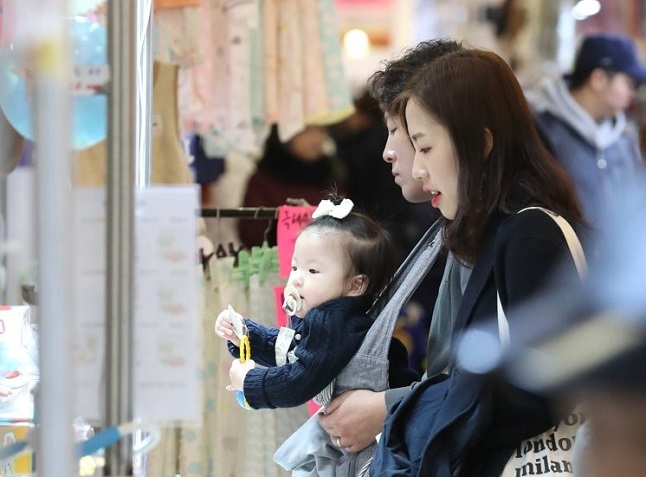 SEOUL, June 15 (Korea Bizwire) — While parents with toddlers or young children believe that child-rearing should be shared between husband and wife, women still take on most of the responsibilities of child-rearing in reality, a poll showed Tuesday.

The Korea Institute of Child Care and Education conducted a nationwide survey of 1,228 parents with toddlers and young children, which showed that wives take on 70.9 percent of daily responsibilities for child-rearing, while husbands take on only 29.1 percent.

On weekends, husbands tend to take on more responsibility at 42.2 percent, which is still less than the wife’s rate of responsibility (57.8 percent).

In a survey asking about the roles of each parent, a majority of respondents believed that ‘husband and wife should have equal rights to decide upon all responsibilities at home’ (4.1 points out of 5).

The response showed that while they recognize the need for both parents to be equally responsible for child-rearing, the wife takes on more roles in real life.

Looking at the husbands’ participation in child-rearing, they scored the highest in playing with their children (4 points out of 5).