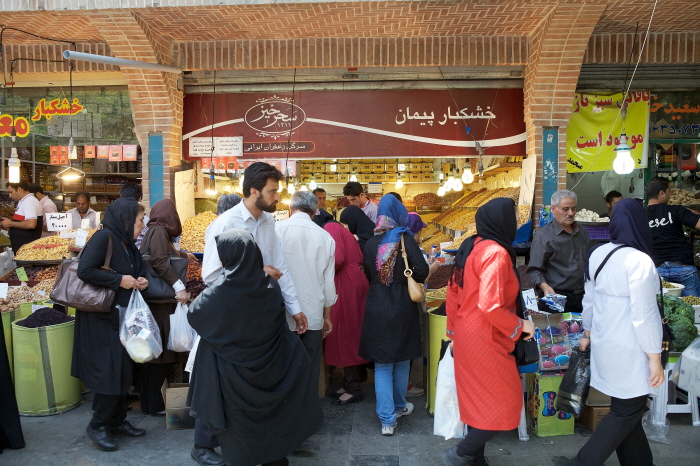 Iran has been one of South Korea’s largest trade partners in the Middle East and its fourth-largest supplier of crude oil. (image: Korea Bizwire)

Last week, Woori Bank and the state-run Industrial Bank of Korea (IBK) suspended won-denominated accounts held by the Central Bank of Iran (CBI) for use in settlements of bilateral trade.

The halt came as a six-month U.S. grace period for imports of crude oil from Iran ended Thursday for South Korea and seven other countries.

In early November last year, Washington reinstated all Iranian sanctions removed under the 2016 nuclear deal but allowed the eight countries to continue to buy Iranian oil over the next six months.

Prior to the service suspension, Woori and IBK informed their corporate customers to complete trade payments with their Iranian counterparts by last Tuesday.

The CBI accounts at Woori and IBK had been used to pay for not just oil imports but also the trade of products exempt from the U.S. sanctions.

Under the settlement mechanism agreed between Seoul and Tehran in 2010, exporters receive their trade payments by withdrawing from the CBI accounts, which serve as the payment method for Iran’s oil shipments to South Korea.

Industry watchers said the suspension has made it virtually impossible for South Korean companies to export their products to the Middle Eastern country.

An IBK official said that the move will not hurt many South Korean exporters as the two banks have been advising companies to make advance preparations since late last year.

Iran has been one of South Korea’s largest trade partners in the Middle East and its fourth-largest supplier of crude oil. According to government data, the two-way trade volume totaled US$12 billion in 2017, with South Korea exporting $4 billion worth of products.