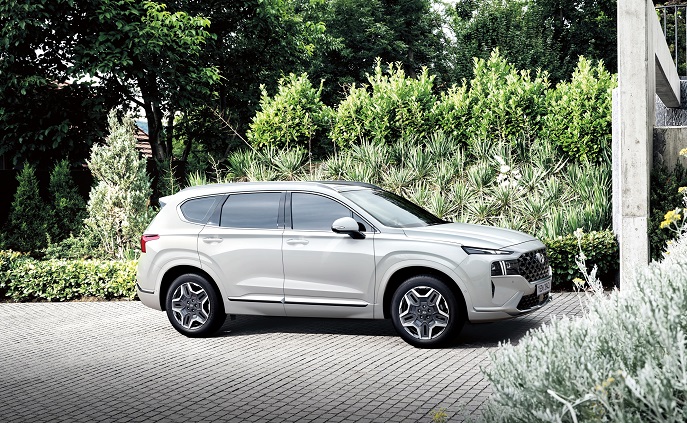 Hyundai Motor’s Santa Fe hybrid model is seen in this file photo provided by the automaker on July 1, 2021.

Hyundai and Kia sold a combined 8,312 eco-friendly cars in the U.S. in August, a 124.4 percent jump from a year earlier, according to their data.

Among them, the hybrid variant of the Hyundai Tuscon SUV was the top-selling model in the segment with 1,965 vehicles sold in the market.

The hybrid model uses a combination of an internal combustion engine and a battery electric drive motor.

The two automakers together have sold 69,446 eco-friendly vehicles in the first eight months of the year, up 192.6 percent from 23,733 units from the same period a year earlier, data showed.

Hyundai Motor is set to launch its Ioniq 5 SUV in the U.S. later this year, while Kia plans to debut its EV6 SUV in the market next year.