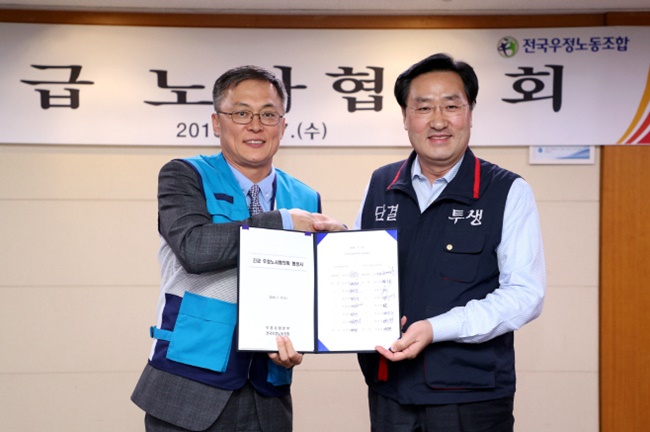 Korea Post said on Thursday postal workers at a number of post offices will only work five days per week on two different shifts for a trial period between March and June. (Image: Korea Post)

SEOUL, Jan. 18 (Korea Bizwire) — Postal workers in South Korea will work no more than five days a week from March of this year.

Korea Post said on Thursday postal workers at a number of post offices will only work five days per week on two different shifts for a trial period between March and June.

The announcement comes on the heels of growing criticism over poor working conditions for mail carriers, as more than ten workers either took their lives or died as a result of overwork.

Workers at Korea Post currently work from Monday to Friday and every other Saturday.

Under the new plan, however, workers will be guaranteed the choice of either a Monday to Friday shift or a Tuesday to Saturday shift, as labor and management at Korea Post announced an agreement had been reached over work environment reforms.

The new move falls in line with the government’s push for a work-life balance.

For years, the average working hours of postal workers in South Korea stayed around 48.7 hours, according to Korea Post, far surpassing the standard 40-hour week.

More than 50 percent of Korea Post mail carriers worked more than the statutory 52 working hours per week in the past.

Another study conducted by the Research Institute for Alternative Workers Movements revealed that South Korean mail carriers worked an average of 55.8 hours per week last year, which was roughly 12 hours more every week than the average Korean worker.

A total of 24 post offices across the country will participate in the new work policy trial, including big cities and small communities.

During the trial period, regular mail delivery service will be available during the week, while parcels will also be delivered on Saturdays. 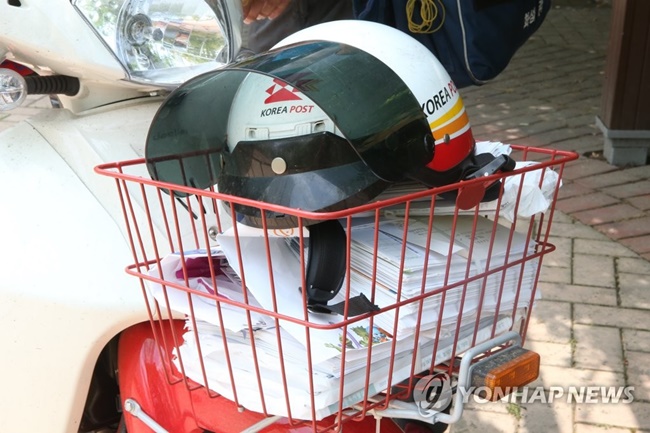 Postal workers in South Korea will work no more than five days a week from March of this year. (Image: Yonhap)

Korea Post says both labor and management will put their heads together to tackle issues found during the trial period before the five-day-per-week schedule takes effect nationwide later this year.

“As a healthy work-life balance for postal workers has been the main focus, the five working day policy will help reduce working hours,” said Kang Seong-joo, the director of Korea Post.

“We expect the difficult working conditions of postal workers who have been working long hours will be drastically improved,” Kang added.