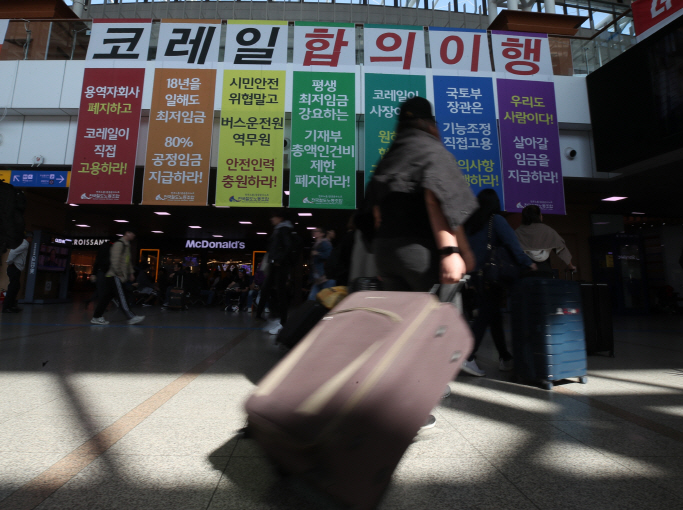 A passenger passes by signs displaying the labor union’s demands at Seoul Station on Oct. 13, 2019. (Yonhap)

SEOUL, Oct. 14 (Korea Bizwire) — Unionized railway workers on Monday wrapped up their 72-hour strike, but train schedules are likely to be affected until services fully resume later in the day.

Metropolitan subway services are expected to run at 99.9 percent of the normal level, while KTX and other rail services will be slightly more affected, operating at 80.5 percent and 74.4 percent, respectively.

Cargo services will still remain disrupted, with only 35.2 percent of trains in service compared to normal operations, according to KORAIL.

The company said train services will be normalized throughout the day, with KTX in full service by around 6:30 p.m. and other passenger trains returning to full service at around 10 p.m.

The railway workers, meanwhile, said they are planning to add a longer strike at the end of November if demands are not met.

The 72-hour strike was the union’s first in three years following monthslong protests during September and December 2016.