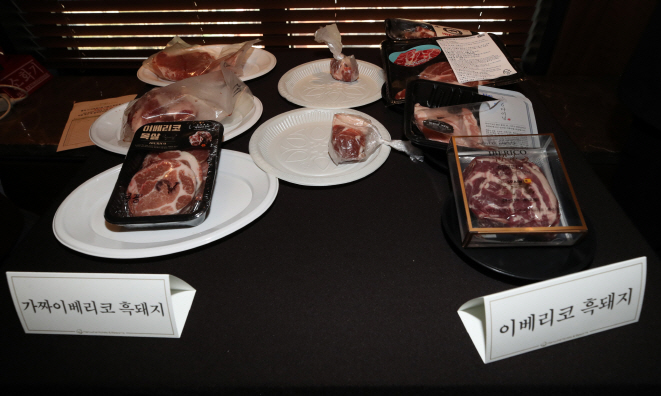 As Iberico pork from Spain is gaining popularity in South Korea, some stores have been ‘disguising’ pork as having come from Spain. (Yonhap)

SEOUL, May 2 (Korea Bizwire) – The National Agricultural Products Quality Management Service said on Wednesday that it has recently cracked down on 132 manufacturers and distributors of pork and kimchi that have violated rules on country of origin labeling.

As Iberico pork from Spain is gaining popularity in South Korea, some stores have been ‘disguising’ pork as having come from Spain, while others falsely claimed that their Chinese kimchi was actually ‘made in Korea.’

The agency also conducted joint inspections with the Korea Pork Producers Association on 359 vendors that sell Iberico pork, two of which provided false country of origin information, and one store that failed to disclose any country of origin.

“As demand for pork and kimchi is rising, we will conduct stricter inspections so that consumers can trust the country of origin provided,” said the agency.