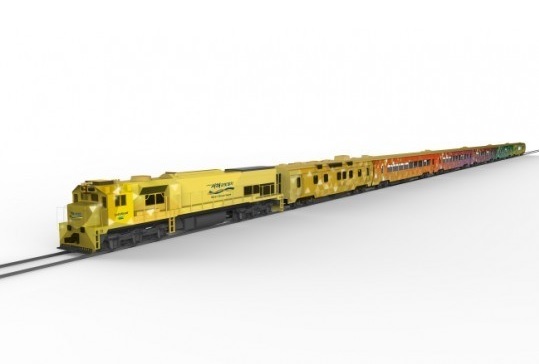 Korail has recently put an emphasis on developing train services for tourism. (image:Korail)

SEOUL, Jan. 20 (Korea Bizwire) – From February, tourists taking a special train bound for tourist attractions in western Korea will be able to experience the warmth of “ondol,” a Korean traditional underfloor heating system.

An ondol, also called gudeul, in Korean traditional architecture, is underfloor heating which uses direct heat transfer from wood smoke to the underside of a thick masonry floor.

Korail announced on January 19 that it will hold an opening ceremony for its West Gold Train (G-train) at Seoul Station on January 29, and will begin full-fledged operation of the train from February 5.

The train will run once a day on the Janghang Line, and will take tourists to Asan Hot Springs, Sudeoksa temple, Namdang Harbor, Daecheon Beach, the National Institute of Ecology, Gunsan’s Modern Heritage Street and the Iksan Jewel Museum.

The G-train is composed of a locomotive, a generation car and five passenger cars. One of the passenger cars is equipped with an ondol system, where passengers can rest freely on the warm floor. The interior of the ondol carriage is furnished with wooden lamps and tables, and cushions.

In addition, the train features a footbath café, where tourists can enjoy a foot bath while taking in the scenery with a cup of tea.

Other events will be held during the operation. On every Thursday and Friday, rookie comedians will have their shows on the train, and passengers will be able to experience various activities including sand art.

Choi Yeon-hye, CEO of Korail, said, “I’m very pleased to link the train tour belt in the western region, full of natural and historical treasures. I hope the G-train stimulates a new boom in the tourism industry in western Korea, and maintains the successful history of tourism trains.”