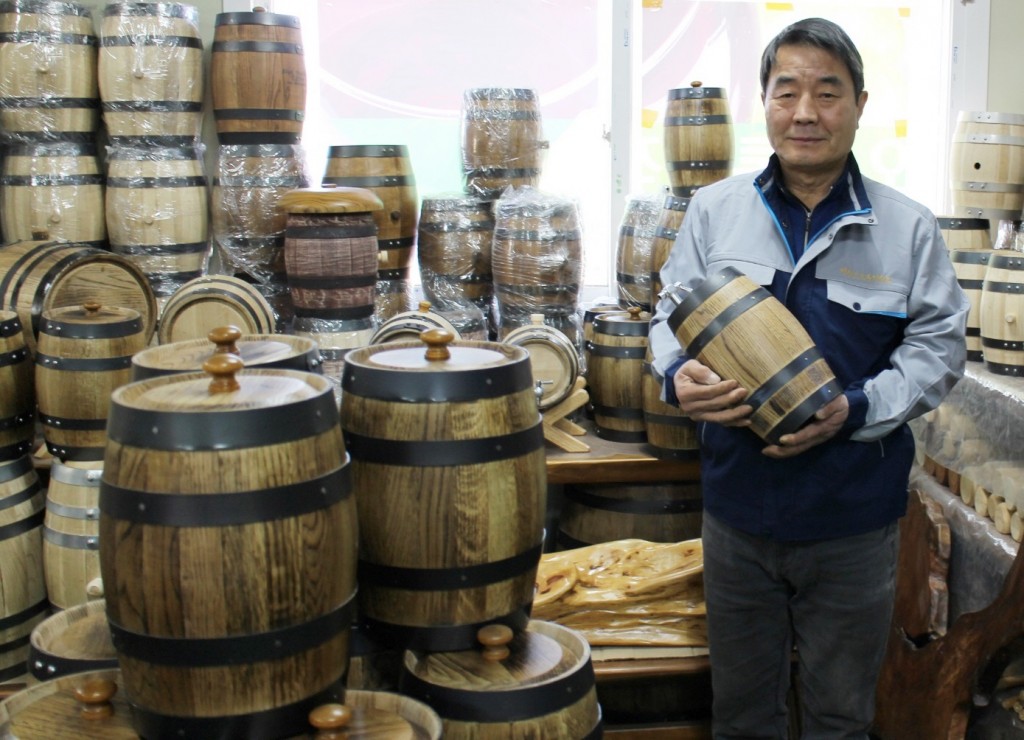 The oak barrels produced in Yeongdong are priced around 1.1 million won (US$968), much cheaper than the 1.8 million won they typically sell for in Europe. (image: Yeongdong County Office)

YEONGDONG, Mar. 15 (Korea Bizwire) — In Yeongdong County, North Chungcheong Province, where the country’s only grape and wine industry special zone is located, Korean oak barrels are being manufactured in large quantities for the production of alcoholic beverages.

The oak barrels produced in Yeongdong are priced around 1.1 million won (US$968), much cheaper than the 1.8 million won they typically sell for in Europe.

The workshop provides after-sales service for a certain period of time, which contributes to reducing the production costs of wineries.

The workshop received 200 million won from the local government three years ago, and jumped into production.

This is because it aims to reduce production costs and at the same time produce unique flavored domestic wine.

After a year of research, the company overcame the unique bitter taste of Korean oak trees and introduced a prototype made in South Korea, which is as good as those produced in Europe.

Since large oak trees that about one meter in diameter are not common in South Korea, it was a problem to secure trees to mass-produce the barrels.

So, the idea was to produce small and medium-sized oak barrels of 100-liter and 50-liter. In addition, the company introduced a series of miniatures of 5-liter, 10-liter, and 20-liter.

Yeongdong County, which was designated as the Korea’s only grape and wine industry zone in 2005, has been supporting brewing facilities at farming households since 2008 with the aim of fostering 101 kinds of tasting wineries.

So far, 44 wineries have been created, and farmer training teams are sent to France and Italy every year to learn their skills.