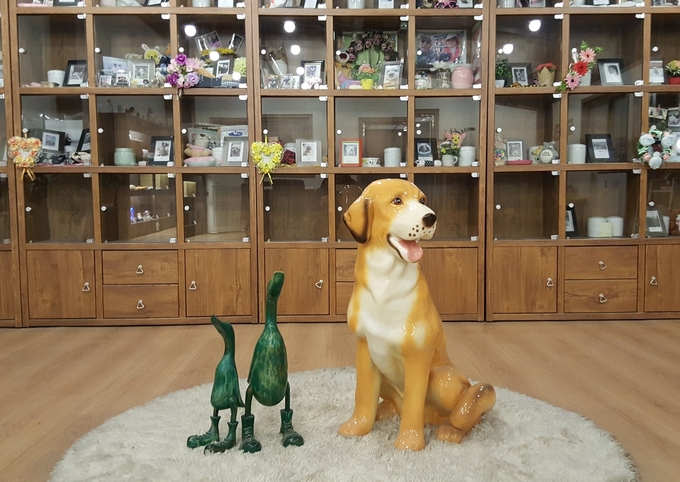 As more and more people raise pets in the era of “one million registered pets,” more people are holding funerals through funeral agencies when pets die. (image: Goodbyeangel)

Yongin has decided to build a cultural center and a cemetery for pets, and will search for a neighborhood where the facilities will be established until the end of next month.

As more and more people raise pets in the era of “one million registered pets,” more people are holding funerals through funeral agencies when pets die.

Since animal carcasses are legally “waste,” they have to be put in regular garbage bags if they are not disposed of through a funeral service.

However, since 2016, pet carcasses that are processed at officially registered burial facilities are not treated as waste and can be cremated.

The reason why the city is striving to build a new animal burial facility is to prevent conflict between residents and private agencies beforehand, and to improve pet culture.

Yongin plans to give residents the right to operate cafes, restaurants and funeral paraphernalia stores within the funeral facility.

In addition, the local government will provide support to residents up to 1 billion won (US$882,000).

The city plans to establish a pet culture center and an open animal burial facility with the aim of completing construction by 2022, after confirming its location by July.

City districts wishing to host the facility can submit an application form and related documents to the city’s animal protection department in the name of the representative of the district.