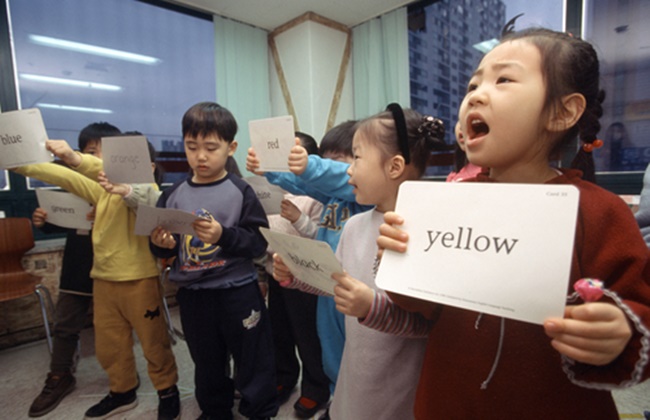 The education ministry has withdrawn its decision to ban after-school English classes in nursery schools only three weeks after the announcement, with the proposed ban now up in the air. (Image: Yonhap)

SEOUL, Jan. 17 (Korea Bizwire) — The Ministry of Education has backtracked on an English education ban in preschools following mounting criticism.

The education ministry has withdrawn its decision to ban after-school English classes in nursery schools only three weeks after the announcement, with the proposed ban now up in the air.

Though new standards for afterschool English classes are set to be complete by early next year, experts warn the education ministry faces an uphill battle in hammering out logistics such as timetables.

The measure to cut down on excessive early English education derailed after drawing criticism from many parents that children in working class families will be hit hardest.

Since the proposed ban was first announced in December, over 8,500 signatures were collected for a petition filed on the official website of the presidential office.

One parent took to the internet and criticized the ban.

“A ban (on afterschool English programs in preschools) could push children to the private education sector including private lessons, private academies, and studying overseas. It’s regretful that an opportunity to receive affordable English education will be gone,” the parent noted.

The education ministry’s latest move could hurt the public’s trust in the current administration, as criticism continues over the push for a policy without support.

Over 7 in 10 parents were in favor of after-school English classes last year, according to a survey conducted by the Korea Institute of Curriculum & Evaluation.

Speaking to Yonhap News, Shin said he was ‘personally sorry,’ but assured the same mistake would not be repeated.

Prime Minister Lee Nak-yeon chimed in on the issue, following the announcement that the education ministry was amending the afterschool English program ban.

“When lower-middle class and working class parents resort to afterschool programs for early English education, banning them all of a sudden can give the impression that their children are falling behind those who are better off,” Lee said during a press conference today. 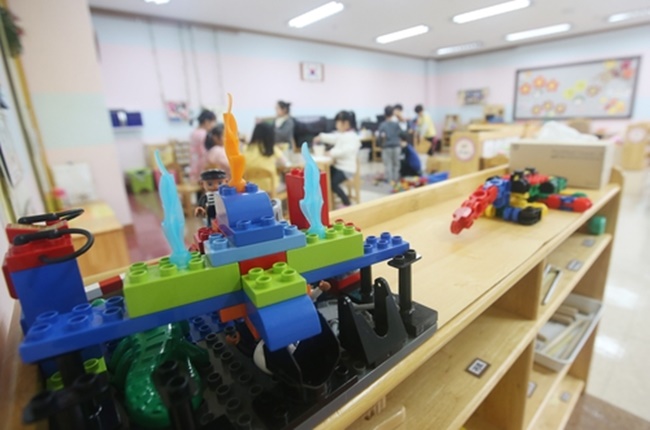 The Ministry of Education has backtracked on an English education ban in preschools following mounting criticism. (Image: Yonhap)

The government has faced criticism in recent weeks for flip-flopping on a number of issues including preschool education and cryptocurrency trades, prompting calls for a more consistent and discreet policy making process.

Irrespective of the preschool education policy, South Korea has banned after-school English classes for first and second graders across all elementary schools from this year.