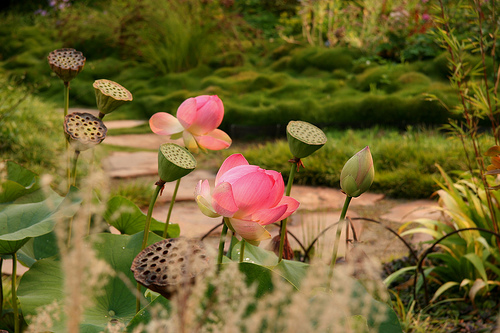 SEOUL, Korea, Nov 21 (Korea Bizwire) –The Ministry of Justice and the Rural Development Administration said on November 18 that their gardening-based rehabilitation program for inmates during the years 2012 and 2013 has proven effective in reducing their anxiety, fears of meeting new people, and levels of depression. The two government agencies, as well as three other organizations, signed in 2010 an agreement to assist in acclimating prisoners to be released soon.

A pilot program in 2011 was held in a penitentiary in Euijungbu to male inmates only. It was then followed by another program at a large scale in Gimcheon as well as in Euijungbu between April and November this year on teenager and female inmates, respectively.

Divided in two halves, the program focused in the first half on growing vegetables such as lettuce, cucumbers, tomatoes, green pepper, and sweep potatoes. In the latter, the program shifted the gear to raising herbs, cacti, foliage plants, and water culture plants.

At the end of the program, the officers found that the inmates’ psychological conditions have improved noticeably. In addition to helping them realize the value of work and the importance of life, be it plant or human, the experience taught them how to cope with anger and conflict by working with other people.

Kim Tae-hoon, head of correctional services at the Ministry of Justice, said, “We are working constantly to find and develop programs such as the horticulture-based one to help inmates change their attitude toward society and other human beings.” Based on the results of the program, the Justice Ministy and Rural Development Administration will expand the program to other correctional facilities in 2014 as a way to facilitate rehabilitation for inmates.