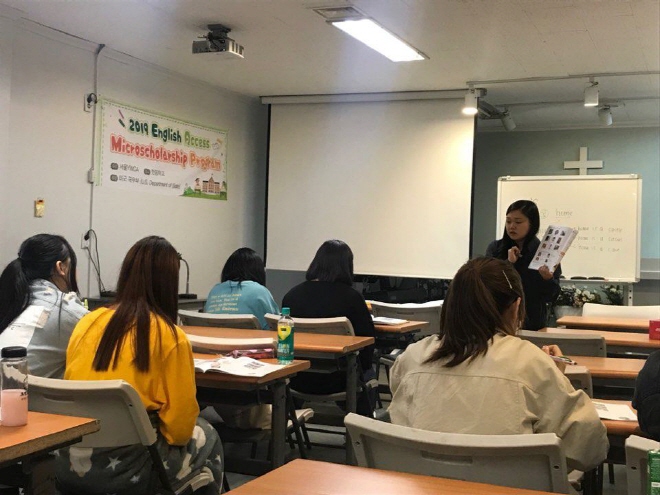 SEOUL, May 22 (Korea Bizwire) — On a recent Friday morning, a small number of mostly teenaged students trained their eyes on their American teacher, repeating short English sentences after her and raising their hands from time to time to ask questions.

At a glance, they look no different from ordinary students in South Korea, where parents are known for their zeal and investment in English education, with the hope that proficiency in the language will help children gain admission to better schools and land better jobs after graduation.

But the class is for defectors from North Korea and their children as part of a program sponsored by the United States, a country that they were told back in the communist nation was their greatest enemy. Many of them had little or no English education before coming to South Korea.

“I like this class,” said Kim Hong-woo, a 17-year-old student attending the class at Great Vision School, an alternative school for North Korean defectors, located in Uijeongbu, north of Seoul. “I have little trouble understanding the teacher speaking English. I think the class is just my level.”

“I don’t know whether English will help me achieve my dream to be a comedian. Why do I study English? I just want to travel to the U.S. some day,” he added.

Kim is one of dozens of students taking part in the English Access Microscholarship Program by the U.S. State Department.

Launched in 2004, the program aims to help youngsters in underdeveloped countries enhance their English skills. More than 150,000 people in about 80 countries have taken part in the program. 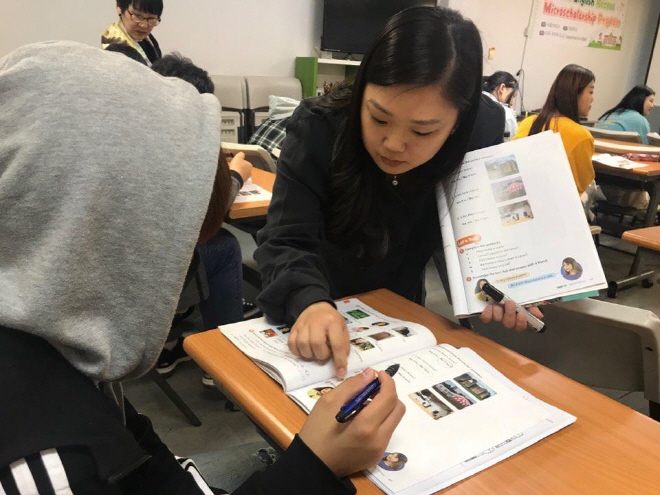 Hwang Mi-jeong (an alias), a 20-year-old North Korean defector, joined the program — two three-hour classes a week — but without thinking much about her dreams or of traveling to the U.S. in the future. She just wanted to make it easier to live in South Korea where she had trouble understanding people who incorporate many English words into their speech.

“I bought something at a convenience store and gave my credit card to the clerk for payment. The clerk asked a question but I couldn’t understand it. After a few seconds of awkward silence, I took my credit card back and rushed out in embarrassment,” she said.

“I realized later that the question was just about whether I wanted to get points on my credit card purchase. I don’t understand at all when people use so many English words,” she added.

The experience prompted her to study English hard. She memorized English words and sentences every day and joined the Access program right when it was launched at Great Vision School. She now feels the difference that the class is making.

“I had not met or spoken to an American back in North Korea. I just got cold feet only thinking about an American coming close to me for fear that I had to speak,” she said. “Now I have little trouble at least speaking to my tutor in English.”

English is an important subject in South Korea, where scores on the language can determine what university you go to or what company you can work for.

Parents are enthusiastic about English education for their kids. Some send their children to cram schools or hire private tutors for early childhood education. Others send them overseas for language training.

Many young North Korean defectors struggling to adjust to a new life in South Korea cannot afford those luxuries. Some, like Hwang, come here alone and have no family to depend on.

Moreover, many of them didn’t get basic education, in English and other major subjects, when they were in North Korea. That makes it harder for them to catch up with South Korean classmates and challenges can get tougher as they get older.

According to a 2016 survey, the dropout rate among North Korean defectors in elementary school stood at 0.2 percent, but the figure rose to 2.9 percent in middle school and 7.3 percent in high school.

The overall dropout rate among North Korean defectors came to 2.2 percent, much higher than 0.8 percent for South Korean students.

“When most North Korean defectors come to South Korea, their English level is around the level of middle school students here,” Choi Kyung-il, head of the North Korean Refugee Employment Support Center, said.

“Even when they enter college, they tend to struggle with English, which makes it hard for them to focus on their majors. Studying English also cuts into the time they need to prepare for job hunting, and that causes a vicious circle,” he added. 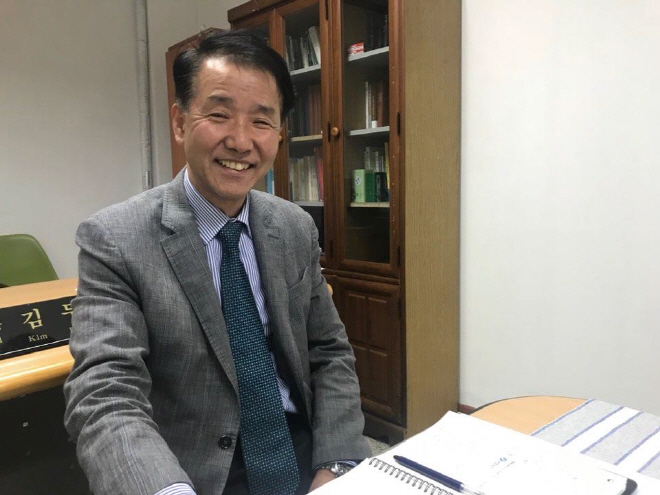 A survey conducted by the center in 2014 on college students who defected to South Korea showed that over 70 percent said that they didn’t have any certified English scores they need to apply for a company in South Korea.

“Many of them lack the necessary education and experience they need in South Korea,” Choi said. “Making matters worse, they enter school much later than South Korean classmates. This gives less time for the trial and error needed to get over any challenges in life.”

A perhaps more serious problem is the unspoken bias against North Korean defectors held by some South Koreans, who might associate defectors with the poverty and miserable human rights conditions in their northern neighbor.

Experts say that no matter how hard defectors try to assimilate to South Korea and mingle with South Koreans, slight differences in their accents and choices of words can make them seem like strangers.

Makia Thomas, who was recently hired to teach English at Great Vision School under the Access program, understands what it is like to live as a “stranger,” as she has experienced it herself as an adoptee who was taken to the U.S. when she was a baby.

“They are North Koreans meeting an adoptee although we face different challenges,” the 32-year-old said, referring to her meeting with the students in her class. “We are not fully accepted by the Korean people. So I can kind of relate to them.”

Thomas said she not only wants to see her students significantly improve in English by the end of the course, she also wants them to develop self-confidence that could make a difference in their attitudes going forward.

“If they can leave here feeling more confident in their own skill set and their own ability, that’s probably my main goal,” she said.

Kim Doo-yeon, principal of Great Vision School, couldn’t agree more with the teacher. He said that English education should not be an end itself but a means by which his students come to build the self-confidence necessary to pursue their goals and dreams in the future.

“I want my students to get more confident about themselves through this Access program in the process of overcoming barriers posed by a language, which I think will also help them adapt to a new life here in South Korea,” he said.

That is exactly what the Access program is all about, said U.S. Ambassador to South Korea Harry Harris.

“Access is not only about learning English. It also provides students with the opportunity to develop leadership skills, cultivate a community-service mentality, and build self-confidence,” the ambassador said.

“The U.S. Embassy is proud to be part of the larger effort to assist North Korean defectors, and we are pleased to bring the State Department’s English Access program to Korea for the first time to support that objective,” he added.

Hwang, the North Korean defector, wants such English education programs to be available to more people like her and for longer durations.

Not as fearful as before, she is now aiming high.

“I have so many dreams. If I have to say one thing, I want to become a nurse to care for people,” she said. “I’d also like to go to the U.S. to study English more and other things. That might be what everybody wants (here).”