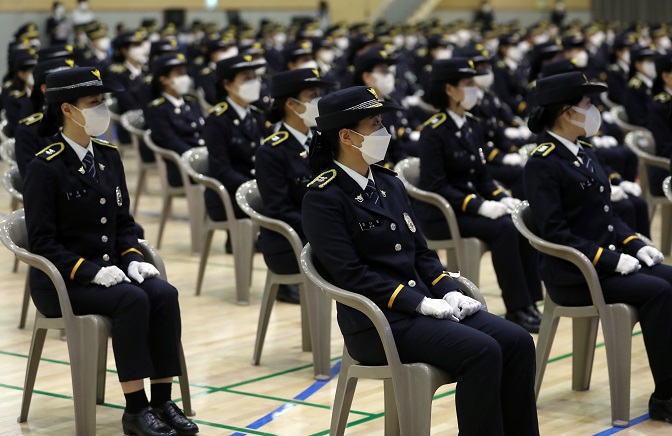 A commencement ceremony takes place at the Central Police Academy in Chungju, 147 kilometers south of Seoul, on May 6, 2022. (Yonhap)

SEOUL, July 4 (Korea Bizwire) — Complaints about unfair operations and the interruption of internal communications within police forces are rampant among police officers in their 20s and 30s, a survey showed Sunday.

In response to a question saying that important work assignments within police organizations are associated more with personal connections than work performance, 49.4 percent of the respondents agreed, higher than the 14.9 percent who said no.

The respondents are police officers who have entered their sixth year of service after joining the Central Police Academy in 2017. Most are police constables (24 percent) and corporals (74 percent).

In response to a question saying that good opinions for organizational change are not reflected well, 42 percent of the respondents agreed, while only 14.2 percent said no.