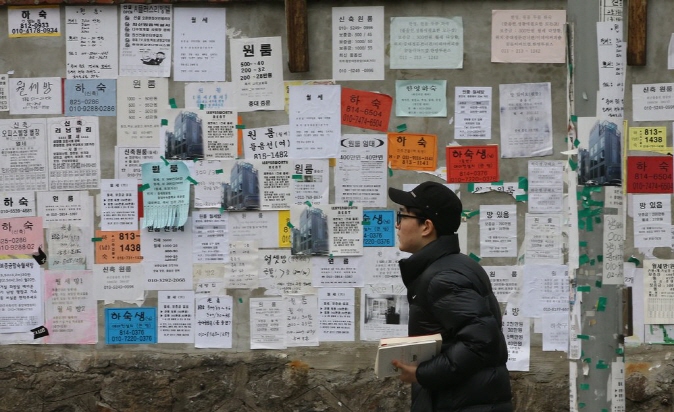 Roughly one third of the respondents said they were in debt. (Yonhap)

SEOUL, Dec. 17 (Korea Bizwire) — A recent study has revealed that many young South Koreans who are either unemployed or struggling to make ends meet face difficulties with everyday life, and often forgo meeting with friends or having proper meals.

The National Human Rights Council of Korea conducted a survey of 1,000 men and women between the ages of 19 and 34, 66.9 percent of whom said they had ‘refused to meet with people because of bad financial circumstances.’

To focus on the problems facing financially vulnerable young South Koreans, low-income earners who are either unemployed or receive only two-thirds of the median wage accounted for more than 40 percent of the individuals surveyed.

Other respondents felt uncomfortable buying birthday gifts for family members (49.6 percent), had skipped a meal due to financial difficulties (49.5 percent), couldn’t afford even everyday necessities in the past (31.2 percent), and had problems paying various utility bills every month (30.8 percent).

Roughly one third of the respondents said they were in debt.

“Young Koreans fall into a vicious cycle after they graduate college with massive amounts of debt, which is difficult to resolve as they spend an extended amount of time looking for a job,” said the research team.

“If they choose to go with ‘easier’ jobs, they have to face the risk of unstable employment and low income.”

Among the difficulties faced by young South Koreans in everyday life, finding a stable job (37.5 percent) and paying for housing (18 percent) stuck out the most, followed by living expenses (17.5 percent), education (6.1 percent), and marriage (5.3 percent).

Many respondents had negative views towards youth policies introduced by the government.

“The government’s Employment Assistance Programs offer poor quality courses, and many of us find it better to go to a private institution instead,” said one respondent during an in-depth interview.