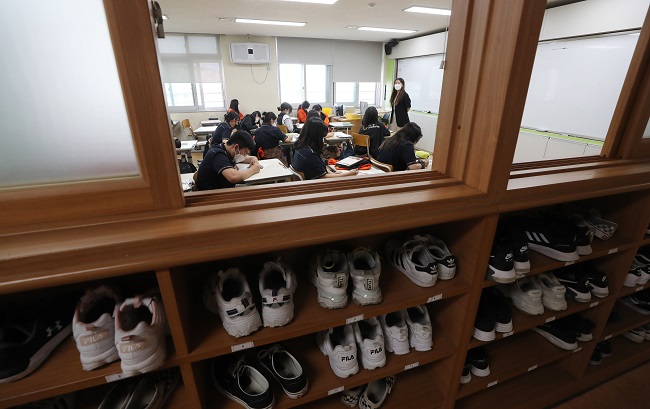 SEOUL, Dec. 30 (Korea Bizwire) — The number of teenagers who have received help from youth counseling welfare centers related to suicide or self-harm has quadrupled over the past five years.

The Korea Youth Counseling and Welfare Institute reported that 238 youth counseling welfare centers across the country provided counselling services for 87,458 cases of suicide intent and self-harm last year, which was 3.8 times more than in 2015 (22,932 cases).

The COVID-19 outbreak led to an increasing number of remote counselling sessions, in which the center addressed 7,860 cases of counselling for suicide or self-harm, which was 5.4 times more than the record in 2015 (1,456 cases).

The institute argued that the pandemic is exacerbating issues of anxiety and the sense of isolation caused by social distancing, taking an additional toll on the mental health of youth.

In response to growing concern over the issue of suicide and self-harm among teenagers, the institute opened intensive psychology clinics last year at 17 locations across the country.

A study of 271 teenagers who were treated at these clinics last year showed that their risk of committing suicide dropped by 36.1 percent, from an average score of 59.7 points to 38.1 points.

This year, 273 teenagers have been treated at the clinics, with their risk of committing suicide reduced by 39.4 percent, from an average score of 50.6 points to 30.7 points.