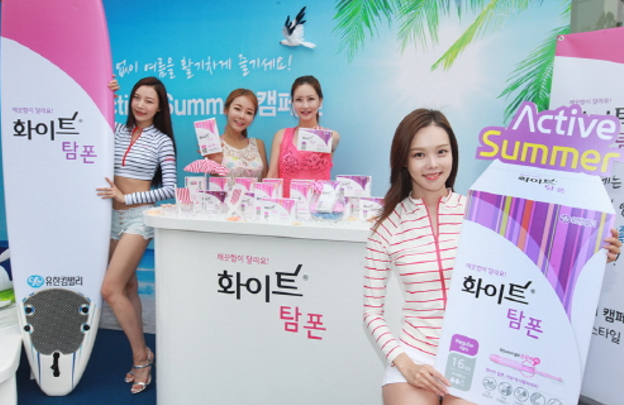 Yuhan-Kimberly, in response to the controversy around its plan to increase the price of sanitary pads, will be releasing a lower-priced sanitary pad product for low-income teens and females. (Image Credit: Yonhap-Kimberly)

SEOUL, June 4 (Korea Bizwire) – Yuhan-Kimberly, in response to the controversy around its plan to increase the price of sanitary pads, will be releasing a lower-priced sanitary pad product for low-income teens and females.

The company revealed on June 3 that it will develop and release sanitary pads that maintain the company’s fundamental quality but are sold at a lower price during the latter half of this year.

Yuhan-Kimberly explained that the domestic market for sanitary pads had so far concentrated on high quality and high function due to consumers’ high sensitivity to quality, and competition against other global producers.

With the development of a more affordable product, the company aims to expand the range of prices as well as products available to customers.

“We think it is very unfortunate that some teens cannot afford sanitary pads, and we decided to establish a practical plan in order to help them,” stated an official from Yuhan-Kimberly. “The new lower-priced products will be a great help to teens in difficult financial situations,” he added.

In addition, Yuhan-Kimberly will supply 1.5 million sanitary pads free of charge to elementary, middle, and high schools for the benefit of low-income teens that need immediate help, in collaboration with the government ministry and Civil Society Organization.

The company further promised to consider providing additional support depending on the need.