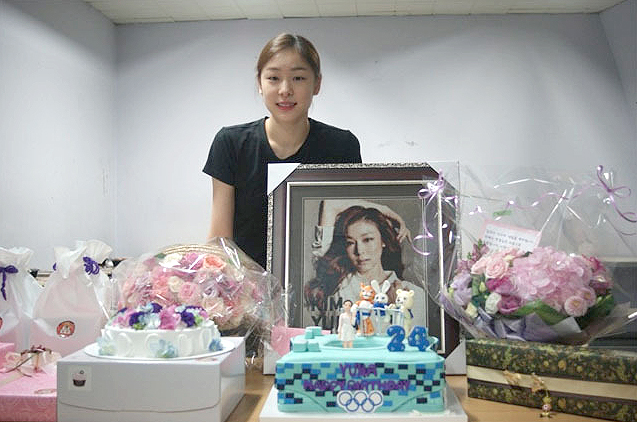 The figure skater who retired this year after the Sochi Winter Olympics was even selected as one of Asia’s best philanthropists by U.S. magazine Forbes in 2014.(image:Babo Nanum Foundation)

SEOUL, Sept. 6 (Korea Bizwire) – The fan club members of Yuna Kim, Korea’s figure skating diva, who called themselves “sungnyangi” (meaning “wolves”) have donated consistently for the past six years. In commemoration of Kim’s 25th birthday on September 5, they made a donation again of 11 million won to the Babo Nanum Foundation (meaning “fool’s sharing” in Korean).

The figure skater who retired this year after the Sochi Winter Olympics was even selected as one of Asia’s best philanthropists by U.S. magazine Forbes in 2014. For about seven years since 2007, she has donated 2.5 billion won (US$2.44 million). Impressed with her own charity activities, many fans are joining the cause.

The first such donation was made in 2010 when Kim posted a Twitter message asking for help for Pakistani children of flood victims. Upon seeing the message, her fans began collecting money on her 20th birthday and donated the fund under her name. Since that time on, the wolves have given whenever there was a birthday or any other occasion such as her medal award in important competitions.

The president of Daum’s Yuna fan club said, “Until now we have mostly made donations to overseas charities to help children in the developing world. This time, our members agreed to give to a domestic charity and decided to pick the Babo Nanum Foundation as the recipient as it is the organization in which Yuna works as a promotional ambassador.”