The hypnotic song topped the Gaon weekly digital chart, operated by the Korea Music Content Association, for the week of Feb. 2-8, securing its fourth week atop the chart.

Since its release on January, “Any Song” has stayed on top of daily digital song charts of major online music streaming services, including Genie Music, Naver Music and Melon, almost every day.

The move is unusual as K-pop music charts are often monopolized by idol groups.

The song that the singer himself participated in composing and writing the lyrics for is characterized by its bouncy digital tunes and airy lyrics, going seamlessly back and forth between the artist’s trendy rapping and singing voices.

The song also ranked ninth on Billboard’s World Digital Song Sales chart for the week of Feb. 15, its fourth consecutive week on the chart, expanding its home success to outside of the country.

What drove the sensational hit has been, in addition to the song’s ingenuity, a star-studded cover dance challenge that went viral on the social networking service.

Ahead of the song’s official release, Zico dropped Tik Tok videos of himself and K-pop female artists Hwasa and Chungha dancing to “Any Song.”

The challenge also went viral with K-pop fans from in and outside of the country, with some 100,000 videos of fans taking the dance challenge uploaded in the first ten days since the song’s official release.

So far those challenge videos have drawn nearly 800 million views in total as the star-studded challenge video collection and its easy-to-follow choreography resonated widely with fans.

Zico added to the fad, having uploaded a pajama version of his song the day after the song’s release and ascent to chart No. 1s, in accordance with his pledge to fans.

“The song’s dance is simple and easy enough for ordinary people to copy after seeing it only a few times,” the critic said. “Its challenge videos involving many celebrities might also have encouraged many (fans) to follow suit.” 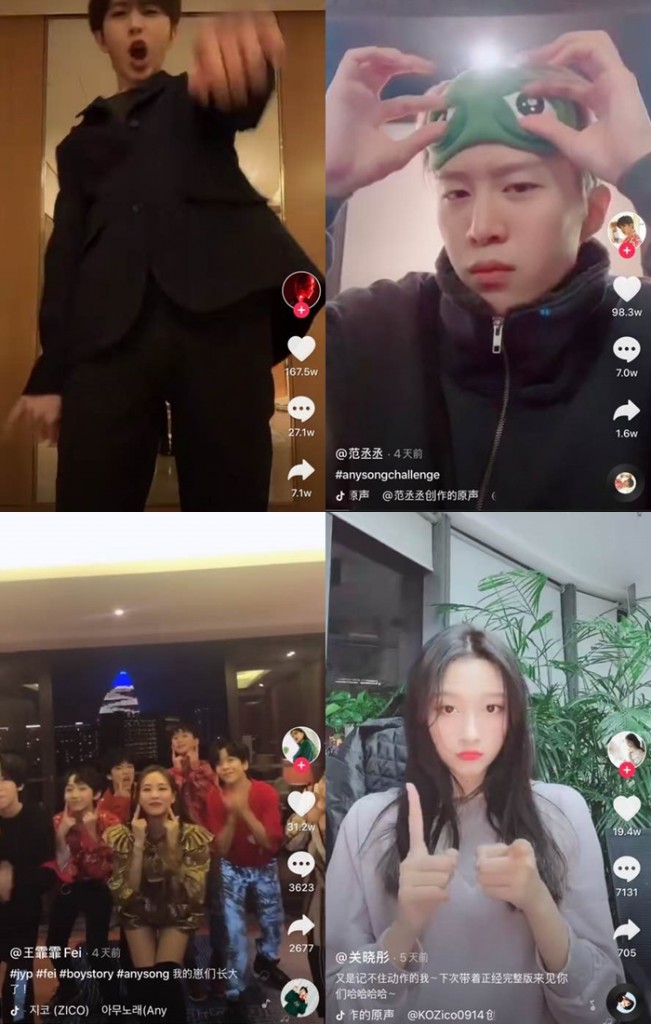