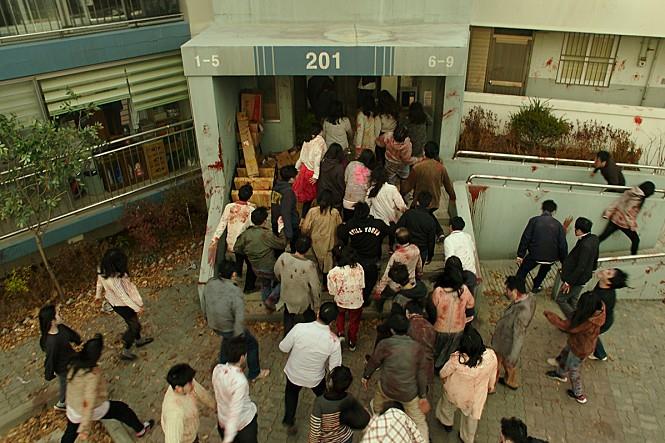 A scene from “#Alive” from Lotte Entertainment

Two recently released zombie thrillers, “#Alive” and “Peninsula,” are attracting South Korean film buffs to movie theaters, which have been empty for months due to the novel coronavirus pandemic.

According to box-office data by the Korean Film Council (KOFIC), “#Alive,” which revolves around two young survivors in an apartment complex taken over by the walking dead, has attracted 1.86 million attendees since it hit local screens on June 24.

Starring Yoo Ah-in and Park Shin-hye, it was the first movie that topped 1 million admissions since the COVID-19 pandemic started in South Korea in January.

Setting the opening-day box-office record for 2020 with more than 350,000 moviegoers last Wednesday, the sequel to the smash-hit “Train to Busan” (2016) has sold about 2.1 million tickets so far.

Taking place in the same universe as its predecessor, “Peninsula” features a former soldier (Gang Dong-won) who returns to the Korean Peninsula and fights against the walking dead, which are stronger and faster, and a group of human hunters in the zombie-infested land.

The two zombie films have put the local movie industry, which has been undergoing the worst time in decades, in high spirits to rebound to its heyday. 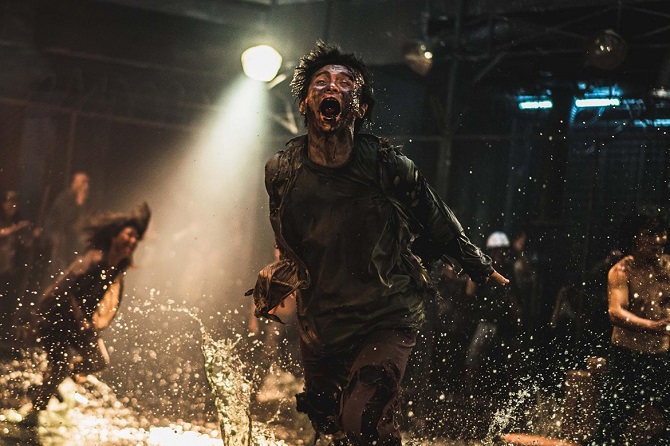 In the January-June period of the year, box-office admissions tumbled 70.3 percent on-year to a 15-year low of 32.4 million viewers, according to KOFIC.

Experts said South Korean zombie films have built a strong fan base over the recent few years since “Train to Busan.”

It attracted more than 11 million viewers in South Korea and was the Korean film with the highest overseas earnings of $129 million worldwide before the Oscar-winning “Parasite” (2019).

Netflix’s original series “Kingdom” has expanded the story of the undead to the 1392-1910 Joseon Dynasty, where a mysterious plague breaks out and its king contracts the virus.

“Korean zombie series are different from those of Hollywood,” culture critic Kim Heon-shik said. “They have stronger storytelling and touch emotions as our close family and neighbors change into zombies.”

He also said the two films picturing people struggling to survive the unknown virus that infected their neighbors and even the entire nation coincide with the current coronavirus pandemic that lasts for about six months.

“People want to avoid getting bitten by zombies as protagonists do in the films,” he said. “Everybody is afraid of being infected with the coronavirus from your neighbors and colleagues. The movies show the fear in a figurative way.”