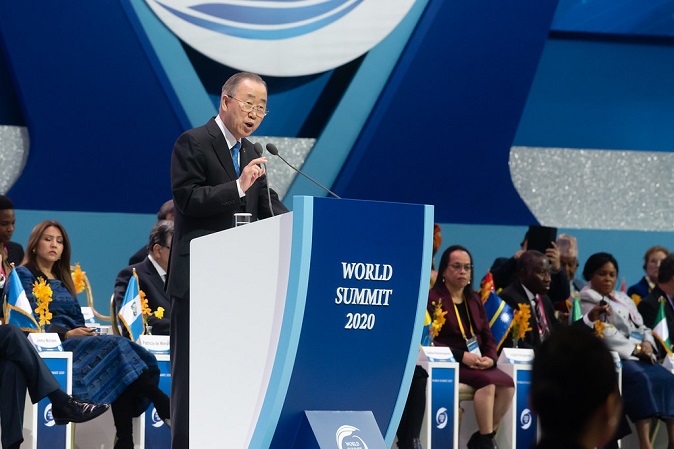 WASHINGTON, Nov. 20 (Korea Bizwire) — The Universal Peace Federation (UPF) is announcing that a third global Rally of Hope will be held this weekend, featuring world leaders who see new opportunities for peacebuilding in all sectors of society.

This third Rally of Hope commemorates the 70th anniversary of the Korean War, which began in 1950 with North Korea’s invasion of South Korea and ended in an armistice in 1953 after an estimated 3 million deaths. Tragically, many Korean families remain separated by the Demilitarized Zone at the 38th parallel that still divides North and South.

The renowned Little Angels Folk Ballet of Korea will perform a special tribute at the Rally of Hope to honor veterans of the 16 nations who, as part of the United Nations peace force, sent troops and support for the Republic of South Korea.

The Rally of Hope will be broadcast from Cheongshim Peace World Center in South Korea. Dedicated links for broadcast media will be available at https://www.peacelink.live/bc from Friday, November 20, 2020.

These Rally of Hope events are aimed at building a “unified world of lasting peace around the core ideas of interdependence, mutual prosperity and universal values,” said UPF Chairman Dr. Thomas G. Walsh.

The first Rally of Hope, held in August, “drew several million online viewers from around the world with its focus on the COVID-19 pandemic, environmental degradation, poverty and race relations,” said Dr. Walsh.

The second Rally of Hope held in September, as well as this weekend’s third Rally of Hope, envision a heavenly, unified world that embraces the values of freedom, peace, unity and happiness.

Previous rallies’ speakers, “in their own ways and in their own words, all express hope that humankind, as one family under God, has the full potential to resolve all of these issues by working together,” said Dr. Walsh.

“This Rally of Hope,” he added, “is part of UPF’s global effort to overcome the barriers that divide us and establish peace on the Korean Peninsula.”

Founded by Rev. Sun Myung Moon and Dr. Hak Ja Han Moon in 2005, UPF is building a global coalition of stakeholders and peacemakers around the core principles of interdependence (mutual respect, cooperation and recognition of our common humanity), mutual prosperity (reduction of extreme poverty and more equitable distribution of wealth), and universal values (the common ground of shared values, with recognition that characteristics that unite us are stronger than those that might divide us).

The path to such a world is formed around a worldwide peace movement that includes heads of state and first ladies, parliamentarians, faith leaders, media professionals, scholars and business and financial experts in economic sectors.

A fourth Rally of Hope is planned for December.