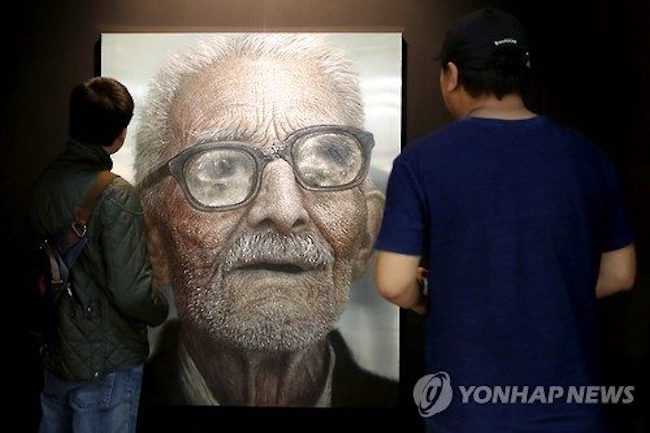 The robust performance beat a previous forecast that a sluggish economy and security concerns could put off art collectors.

The organizers partly attributed the sales growth to some of the new features adopted this year, such as “Highlight” and “Solo Project,” where Korean and foreign galleries focus on promoting up to three artists.

A more rigorous vetting process for participating galleries to ensure a higher quality exhibition is considered another factor.

“Despite the slow Korean economy, we posted record sales this year. It demonstrates not only the growth of the domestic art market but also the fact that more global art collectors have turned their eyes to Korea,” the organizer said in a statement.

This year, many foreign art gallery officials and big collectors attended the event despite security concerns over North Korea’s threats and repeated provocations.

Prominent guests included Gong Yan, director of Power Station of Art in Shanghai; Jean Boghossian, artist and chairman of the Boghossian Foundation; Sylvain Levy, founder of the DSL Collection and one of the leading collectors of Chinese art; and Miyatsu Daisuke, the Japanese “salaryman collector.”