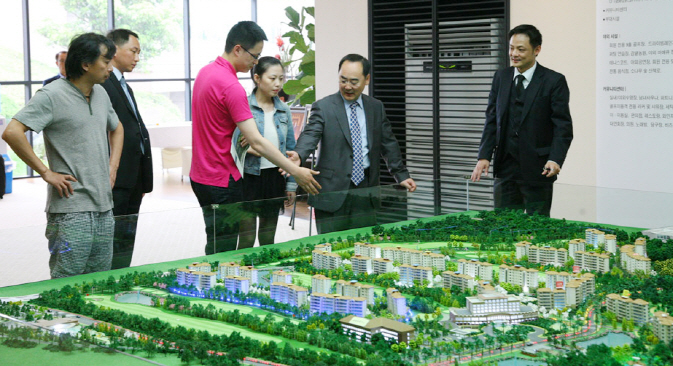 Making an investment of more than 500 million won (US$441,600) on certain real estate or financial products qualifies a foreigner to acquire a residence visa in South Korea. (Yonhap)

SEOUL, Mar. 18 (Korea Bizwire) — Chinese account for 93 percent of all foreigners who acquired permanent residence in South Korea through investment, according to the IOM Migration Research and Training Center.

In South Korea, an investment and immigration system is in place to boost the local economy by attracting foreign capital. The system is divided into two categories: real estate and public business.

Making an investment of more than 500 million won (US$441,600) on certain real estate or financial products qualifies a foreigner to acquire a residence visa in South Korea.

After five years, visa holders will be able to acquire a permanent residence visa.

Among those who acquired a residence visa through investment, 93 percent were Chinese nationals. Others include foreigners from Cambodia, Hong Kong, the United States, and Norway.

“Considering that more than 90 percent of those acquiring residence visas through investment are Chinese, it would be safe to say that the extreme fluctuation in the number of immigration cases through investment heavily depends on the political and economic environment in China,” said the center.

Deteriorating Korea-China relations following the THAAD system deployment in South Korea, as well as China’s stricter control over foreign exchange might have had a significant role in the fluctuation in the number of investor visas.

The center, pointing out the lack of assessment on how the investment and immigration system in South Korea affects the nation’s economy, called on the need to compare the cost and benefits of the system.

“In other countries, similar systems are in place to attract investment in underdeveloped regions of the country, allowing some leeway in the amount of investment depending on how badly certain regions need the investment,” said the center.

“We need to look into foreign cases to better assess the current investment and immigration system in South Korea.”