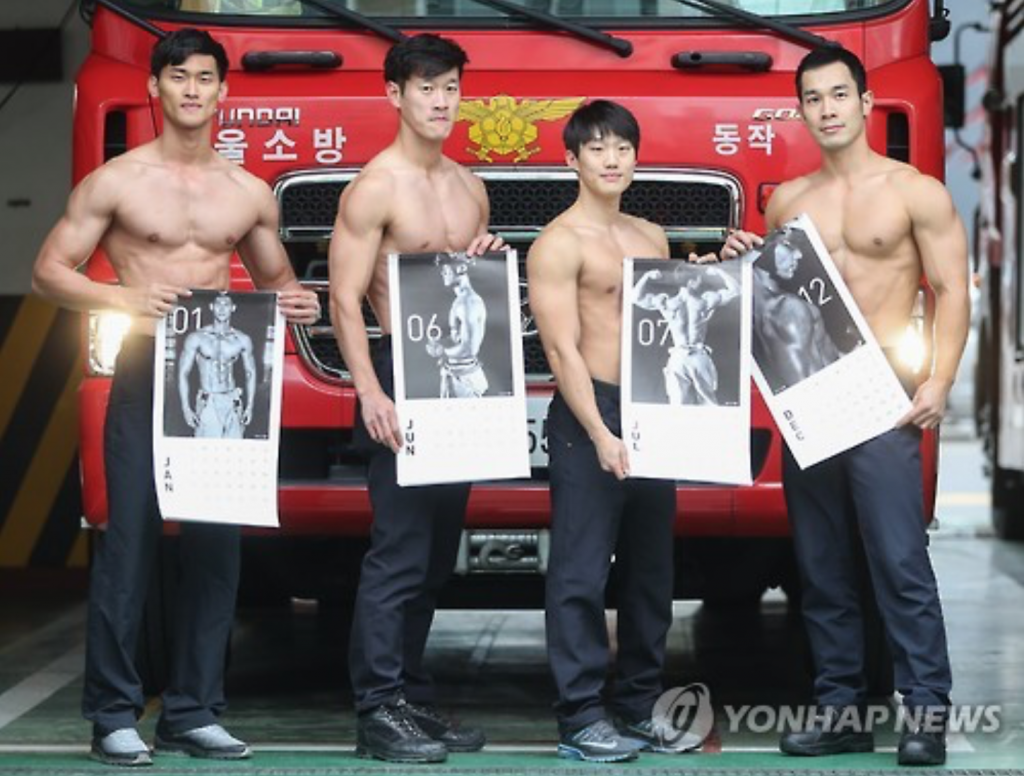 The project debuted in 2014 backed by the Seoul Metropolitan Government, with the goal of providing financial assistance to low-income burn patients with the proceeds from the sale of the calendars. Roughly 16,000 copies were sold in 2014 and 2015, according to the city.

“We ask you for your keen interest in our calendar, which was made possible thanks to talent contributions and sponsorships,” said Kwon Soon-kyoung, director of Seoul Metropolitan Fire & Disaster Headquarters.

The calendar is being sold online through GS Shop. 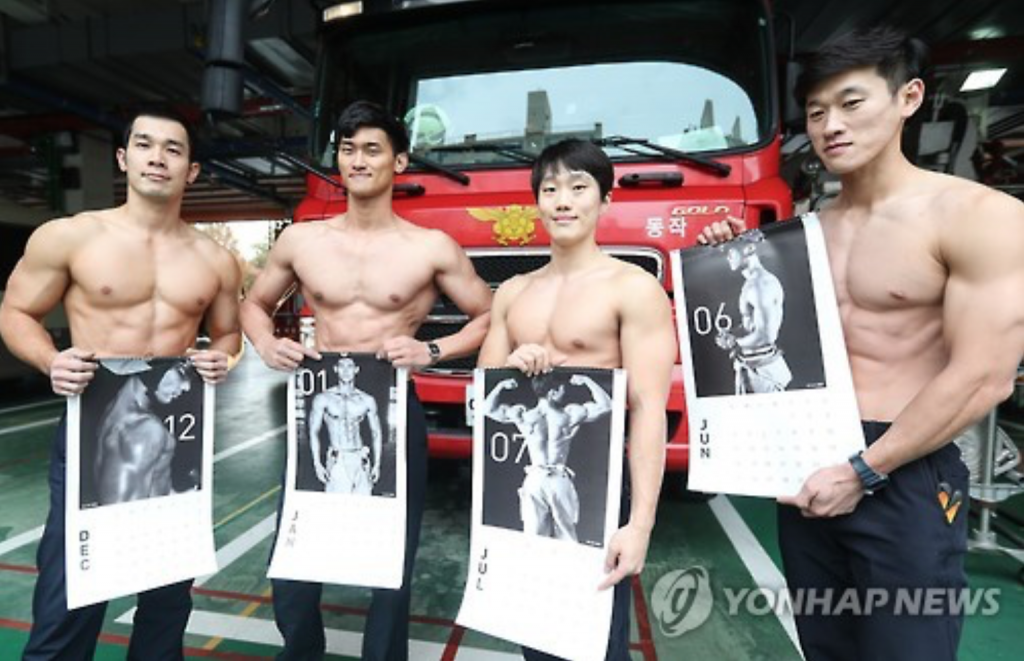 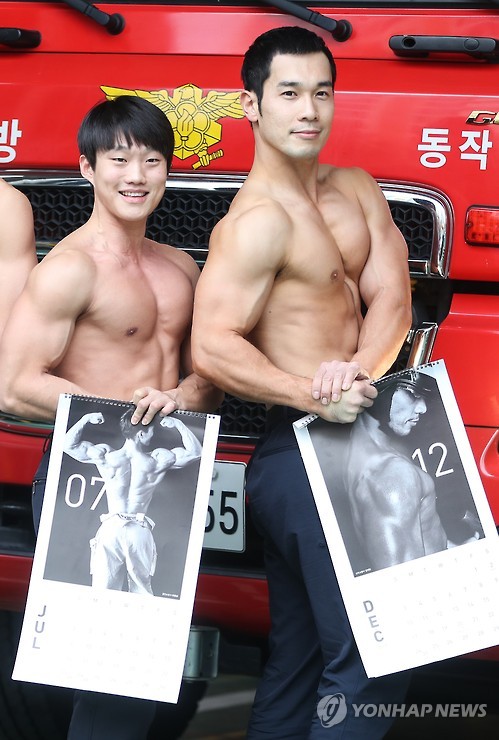