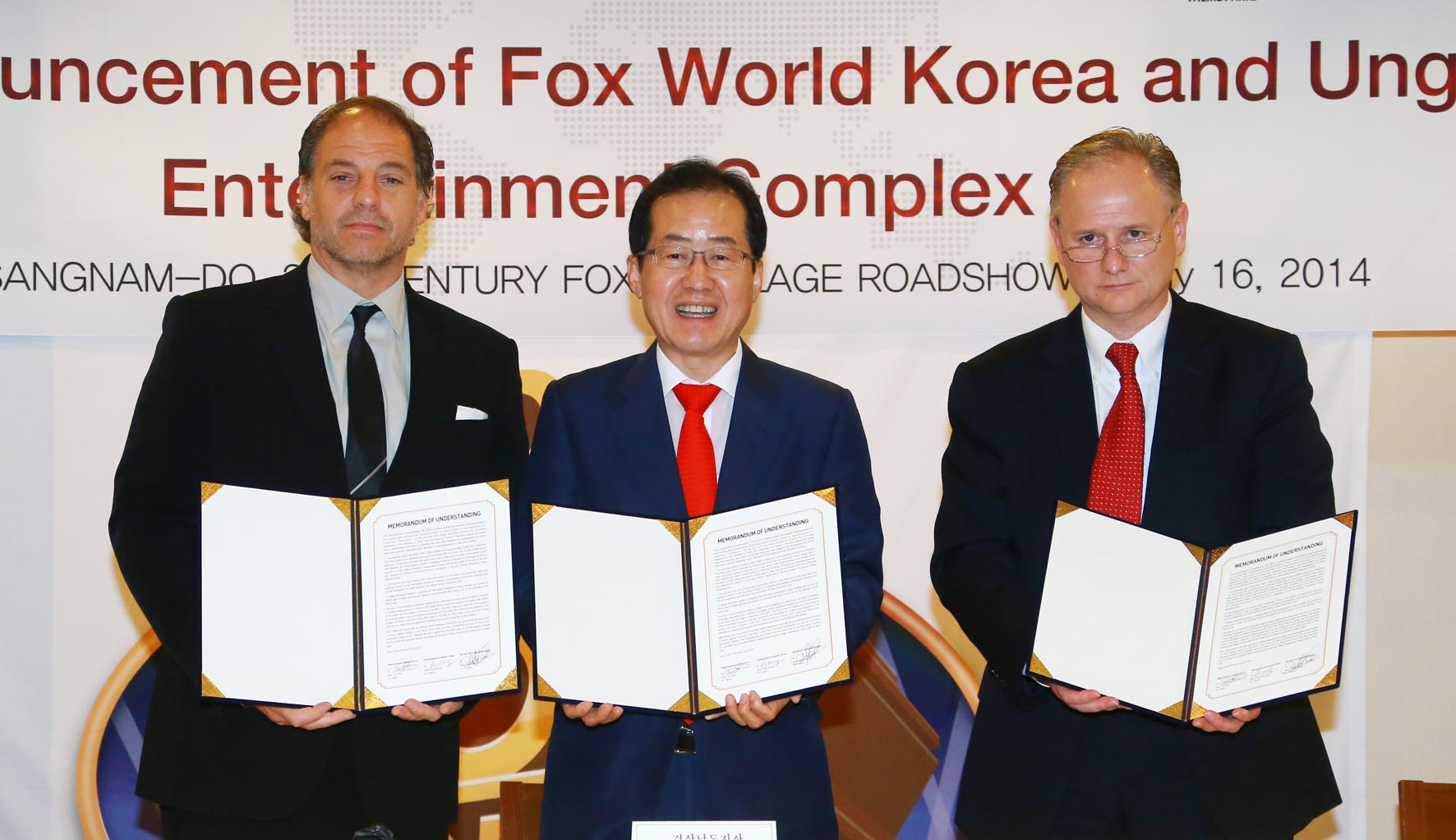 Initial plans for Twentieth Century Fox World Korea include a theme park spanning more than 75 acres of land and will be part of a 700 plus acre leisure resort and development that will bring to life a fully immersive entertainment experience featuring some of Fox’s most recognized and beloved film and television brands. The park will be located in the Ungdong Area of Busan-Jinhae Free Economic Zone, Jinhae-gu, Changwon City. Operating partner Village Roadshow, one of the leading independent entertainment companies in the world, joins the group as a design and development consultant, and the manager of the studio theme park.

“We are signing the agreements and moving forward with plans for our global theme park project with Twentieth Century Fox Consumer Products to develop a world-leading theme park and with Village Roadshow to operate the theme park. We will make every effort to successfully develop this global theme park through close cooperation with Fox and Village Roadshow. Once the theme park is completed, we expect more than 10 million foreign and local tourists will visit and the local economy will be boosted by creating 30,000 jobs, which is equivalent to attracting 100 manufacturing businesses,” said Governor Hong Joon-pyo.

“Korea provides a unique opportunity for an international theme park destination that will be incredibly attractive to both a thriving domestic consumer as well as a quickly growing tourist market from China, Japan and across Asia,” said Jeffrey Godsick, president of Twentieth Century Fox Consumer Products. “Our efforts in working with the Gyeongsangnam-do Provincial Government for a Twentieth Century Fox World theme park in the Republic of Korea illustrate our commitment to growing our global entertainment destination brand and a monumental step to further engage and connect with our audiences in key markets.”

“We are honored to work with Village Roadshow to develop a premiere theme park for the Republic of Korea that brings to life our globally-embraced film and television brands through richly themed environments and immersive and exciting narrative-based attractions,” said Greg Lombardo, vice president, global location based entertainment at Twentieth Century Fox Consumer Products.

“Village Roadshow Theme Parks is very excited to have the opportunity to work with the Gyeongsangnam-do Provincial Government and Twentieth Century Fox on the planning, design, development and operation of the theme park. With properties like Alien, Ice Age and Planet of the Apes, we believe this studio theme park will offer consumers in Korea and Asia the best theme park experience in the history of the industry,” said Tim Fisher, the CEO of Village Roadshow Theme Parks.