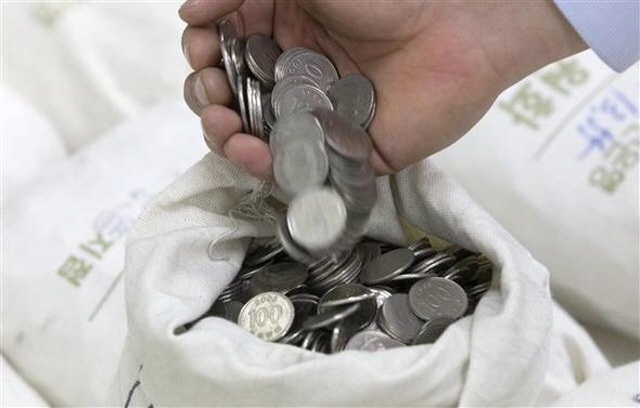 Compared to a year ago, the number of coins exchanged was down 11.1 percent and the value dropped by 7 percent. (Yonhap)

SEOUL, Jun. 21 (Korea Bizwire) — The Bank of Korea (BOK) said Thursday that it conducted a month-long “Pan-National Coin Exchange Campaign” in May, exchanging a total of 221 million coins worth 32.2 billion won (US$27.7 million) for banknotes.

Compared to a year ago, the number of coins exchanged was down 11.1 percent and the value dropped by 7 percent. The BOK explained that this is because the net issuance of coins has decreased since 2017.

Considering the type of coins, 18.6 billion won in 500 won coins was exchanged, accounting for 57.7 percent of the total amount exchanged. The 100 won coin followed at 37.8 percent, the data showed.

Donations worth 40 million won were also collected during the event. Financial institutions participating in the event will donate the money themselves to social welfare organizations.

The BOK will reward employees of outstanding financial institutions for their contributions to the coin exchange campaign.