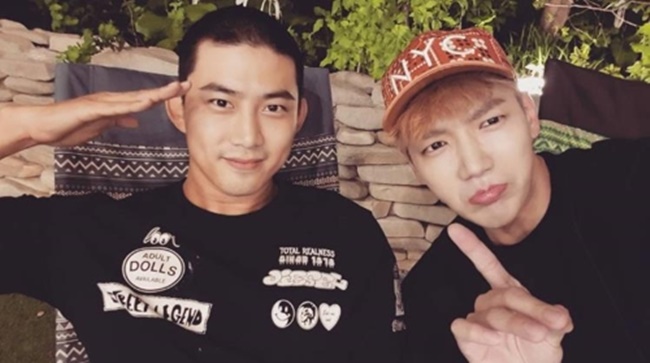 “Ok Taecyeon enlisted as an active-duty soldier through a boot camp in the Army’s 9th Division located in Goyang, Gyeonggi Province,” JYP Entertainment said. Ok was accompanied by his family and fellow 2PM members at his “wish to quietly join the military.”

The 29-year-old star gave up his American green card and has even received treatment for a spinal disc problem in order to serve as active duty. In Korea, all able-bodied men have to fulfill military duty for around two years.

Ok’s final work before starting his military duty is “Save Me,” a TV thriller series currently being aired on OCN. He plays Han Sang-hwan, a resourceful high school student who joins a religious cult in order to save his girlfriend held hostage by the sect.