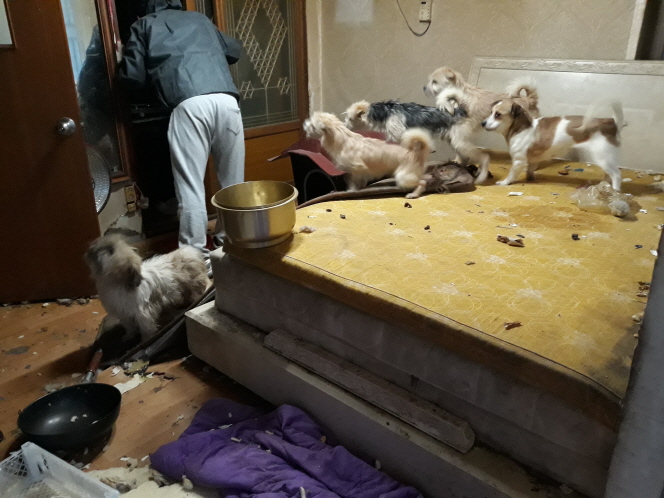 Some of the remaining pets wandered around the house searching for scraps of food, and others managed to escape. (image: Daejeon Jung District Office)

DAEJEON, Jan. 9 (Korea Bizwire) — A 62-year-old individual referred to only as Kim was found dead on January 4 in the city of Daejeon.

The deceased had a chronic disease, and had provided for himself by collecting scraps and junk for years.

As he was lonely by himself, Kim adopted abandoned cats and dogs. He later had to rent another house nearby to accommodate his pets and his propensity to hoard waste.

The community center in Daejeon Jung District managed to convince Kim to dispose of 10 tons of trash inside his house last July.

Amid the circumstances, the sudden death of Kim meant abandonment for the pets. Some of the remaining pets wandered around the house searching for scraps of food, and others managed to escape. 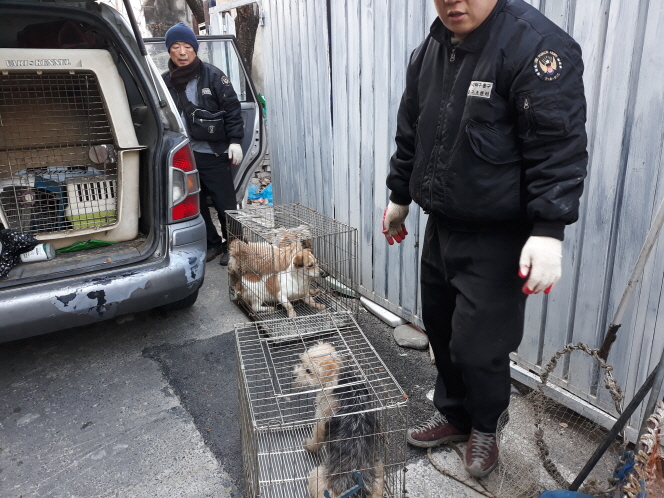 Workers of the community center rescued ten dogs and eight cats and handed them over to the animal care center. (image: Daejeon Jung District Office)

As smell and safety issues worsened, the community center stepped in with the help of volunteers to solve the problem.

They collected five tons of waste from both inside and outside the house. They also rescued ten dogs and eight cats and handed them over to the animal care center.

While all the abandoned pets have been rescued, the community is planning on parceling out the pets with the help of an animal activist group.