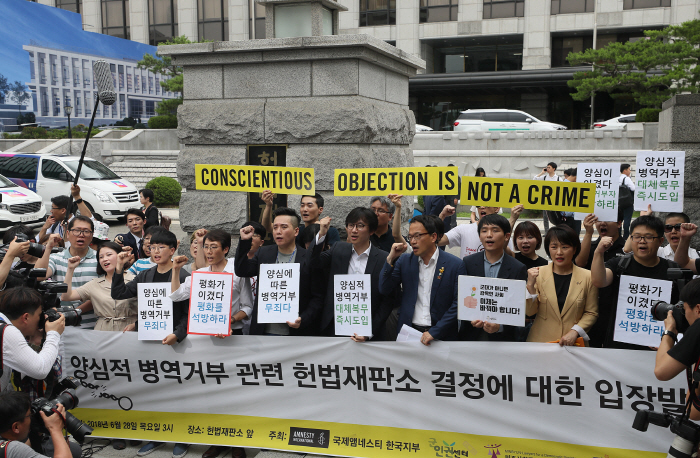 SEOUL, Aug. 23 (Korea Bizwire) — There is a high chance that alternative civilian service, a form of national service offered in lieu of formal conscription due to conscientious objection, is set to be fixed at 36 months.

Employment at prisons and fire stations is highly likely, where recruits serving their national service will be able to live and work.

In a document released by the Ministry of National Defense yesterday regarding the matter, the duration of the alternative service is still being discussed, with proposals for either 27 or 36 months being considered.

If the duration of the service ends up being a total of 36 months, this would be twice as long as conventional military service, according to the newly shortened service period to be implemented in 2021.

The alternative civilian service is set to begin in January of 2020.

A task force created to tackle the issue consisting of members of the Ministry of Defense, the Ministry of Justice and the Military Manpower Administration will be announcing a proposal regarding the duration of the alternative civilian service within the month.

The task force is likely to finalize the service duration at 36 months due to public worry over the possible abuse of the alternative civilian service system as a means of avoiding military service.

The alternative measure will have conscientious objectors possibly working in prisons, fire stations, national hospitals, and welfare centers with high chance of alternative servicemen being stationed at prisons and fire stations because manpower is highly lacking in both areas.