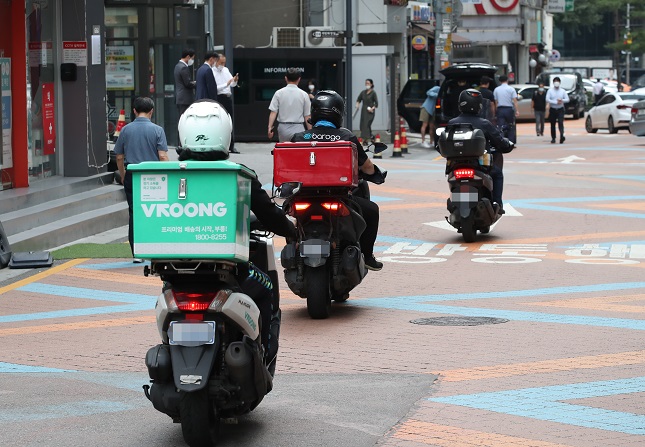 The Consumers Union of Korea conducted a survey of 500 people over 20 years of age who had used a delivery app in the previous three months, 42.6 percent of whom responded that they counted on reviews to choose restaurants on delivery apps.

They were followed by those who choose restaurants based on discount offers (20 percent), delivery fees (18 percent), and minimum order price (12.6 percent).

At 81.4 percent, the vast majority of consumers had written reviews before. As for the reason, 69.5 percent wrote reviews to describe how satisfied they were with the food, while 68.8 percent wrote them to ‘participate in a special review event.’

In fact, 48.9 percent of consumers chose a restaurant based on reviews but were not satisfied, while 48.2 percent said the reviews are trustworthy.