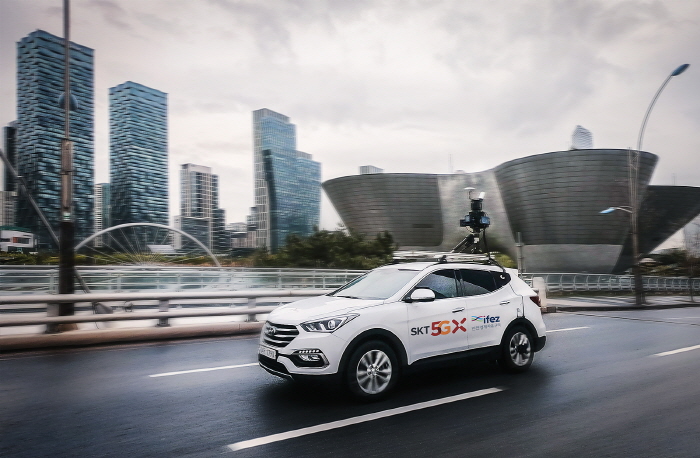 SEOUL, May 29 (Korea Bizwire) — The world’s first combination of the 5G next-generation mobile technology and autonomous driving will be publicly demonstrated in Seoul next month, officials said Wednesday.

Indigenously developed self-driving cars operating with 5G will be unveiled to the public during an autonomous driving technology festival in western Seoul on June 22, according to the Seoul Metropolitan Government.

The Seoul government and the Ministry of Land, Infrastructure and Transport will jointly organize the festival in the Sangam district under the theme of future transportation connected by 5G.

A total of 17 companies and institutions, including SK Telecom, KT, Samsung Electronics and Unmanned Solution, will participate in the public demonstration of 5G self-driving technology.

In the test operation, seven 5G self-driving vehicles — four buses and three passenger cars — will run on a 1.1-kilometer-long route in the Sangam district from 10 a.m. to 5 p.m. The vehicles will be connected with road facilities by the 5G telecommunications network to prepare for various emergencies, municipal officials said.

Citizens wanting to board the 5G vehicles can start applying at the Seoul government’s website June 3.

The Seoul government also said it plans to formally open an autonomous driving test bed in Sangam in July and allow local future transportation companies to freely use its equipment and facilities 24 hours a day.