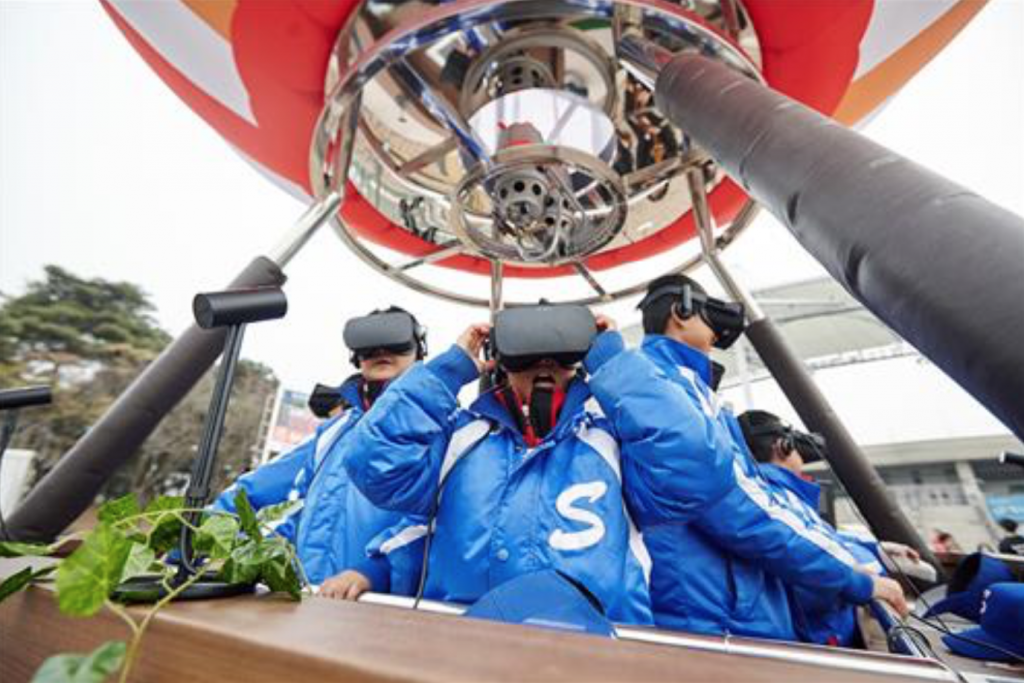 Before the game between the SK Wyverns and the KT Wiz, visitors had the chance to experience free VR rides in front of the stadium, at an installation dubbed the “5G Adventure,” which included a VR walk through a pharaoh’s tomb, an adventure through a jungle, hang gliding, and a hot-air balloon ride.

Although the rides still had to use a 4G wired connection instead of wireless 5G for a stable transmission of content, a wireless 5G connection will be compatible once the network officially launches, according to officials.

SK’s connected car, the T5, that carried the leadoff batter and the first pitcher, however, maneuvered using SK Telecom’s 5G network installed at the stadium, transmitting live images of the passengers on the stadium’s video screen and boasting a network speed of 15.6 Gbps. 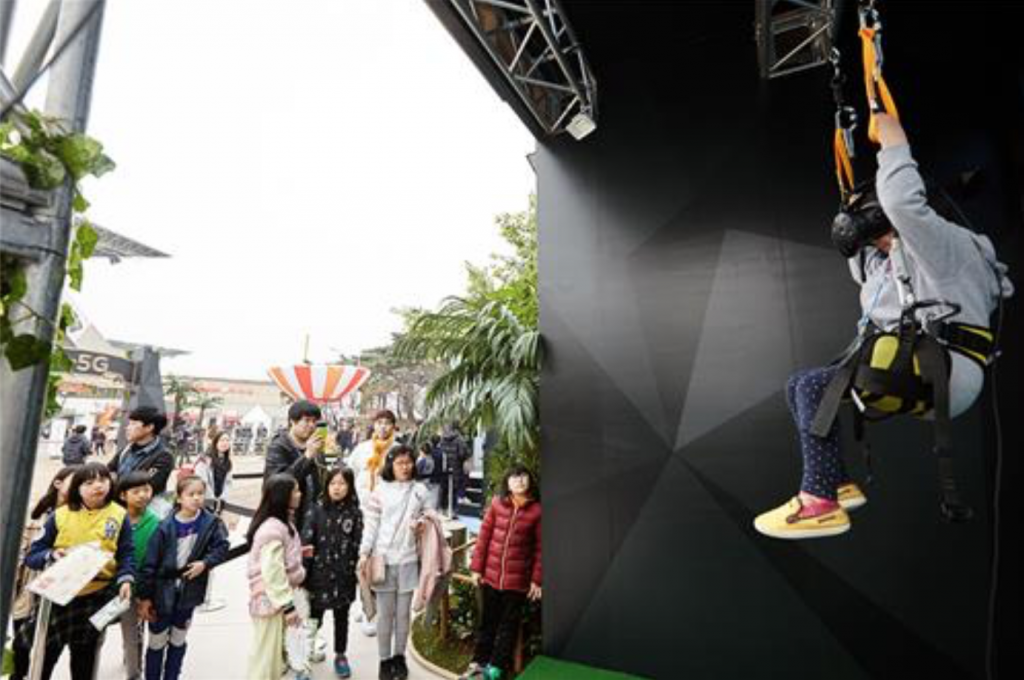 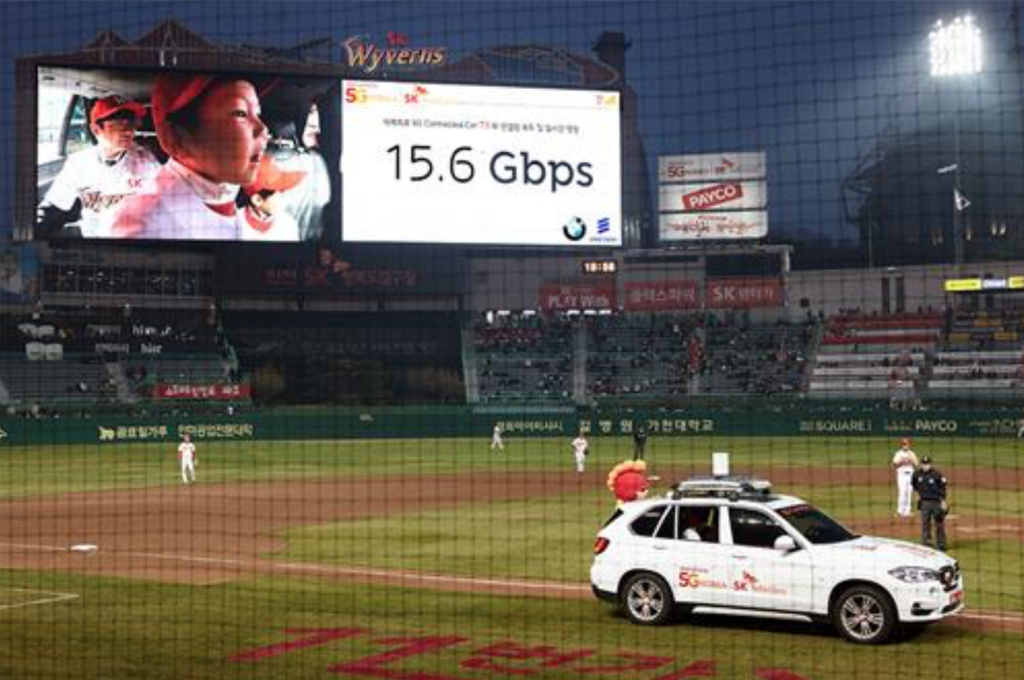