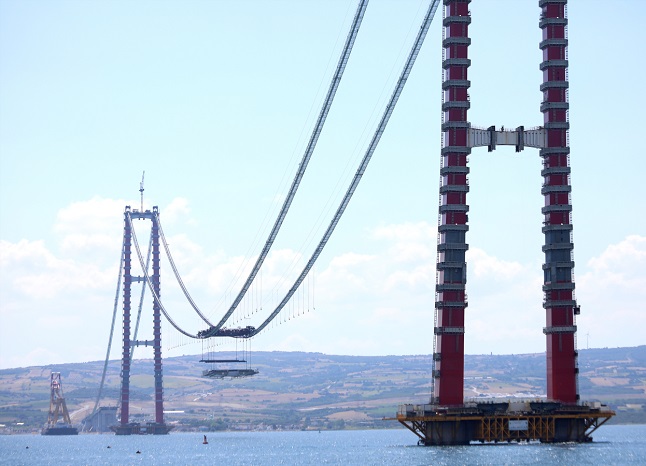 On Tuesday, the bridge’s South Korean builders DL E&C Co. and SK ecoplant Co. started installing the upper layer of the bridge as part of a project that is valued at about 3.5 trillion won.

The upper layer refers to the roadway and sidewalks used for the movement of people and vehicles. The upper layer of the suspension bridge is installed by being hung from the cable that connects the main towers. 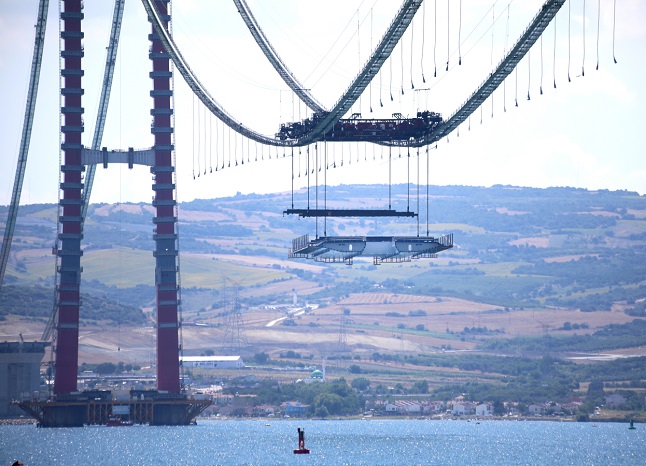 Once the installation of the upper layer is completed, the finishing works like road pavement will remain. At this stage, the project can be seen as entering the last phase.

The upper layer of the 1915 Canakkale Bride will be completed by connecting 87 pre-fabricated steel sections varying in weight from 300 tons to 900 tons.