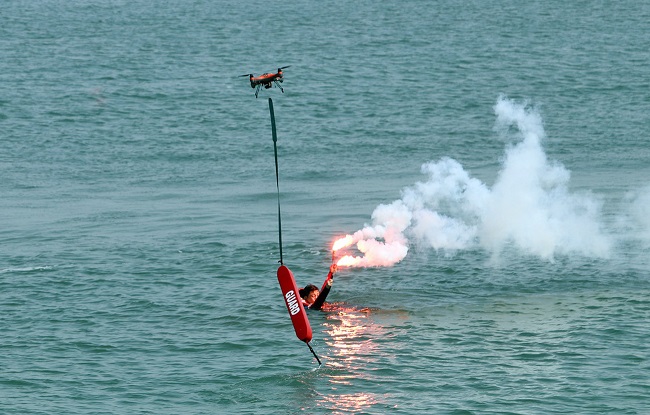 The drone patrol, first of its kind ever to be established within the Coast Guard, comprises 20 members from the Coast Guard’s unmanned aircraft operation cell and members of the MARSA drone team.

The patrol owns a number of drones that can send out warnings to prevent accidents and carry out search and rescue missions. 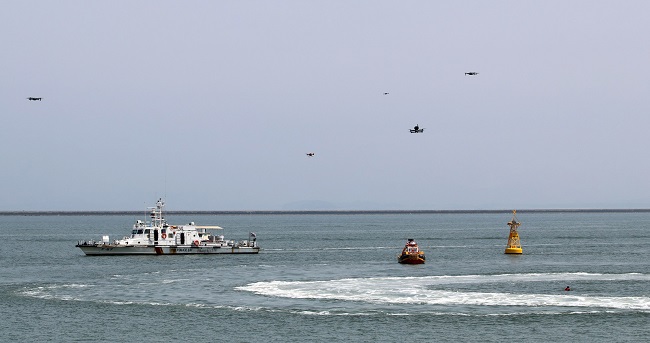 The drones will be in charge of conducting open broadcasts in restricted areas such as the seawalls and the rocks near the shore to prevent accidents, and patrol the coast on a regular basis.

In case of a distress call, drones will be used to send life-saving equipment for a speedy rescue mission. Drones that can dive 2 meters underwater will also contribute to successful search and rescue missions on the water.

The Gunsan Coast Guard plans to select eight or more police officers every year to train as drone experts.