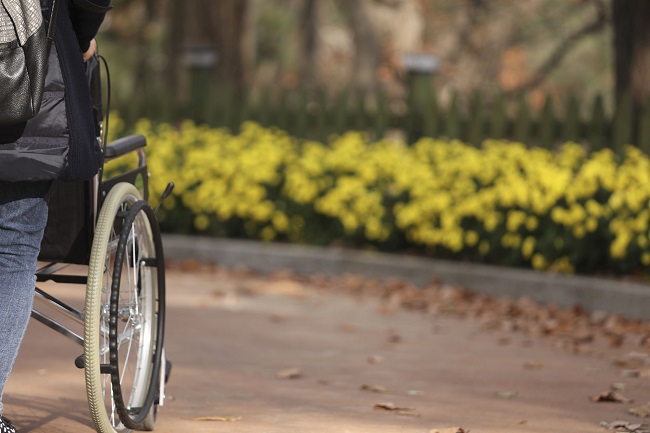 This file photo shows a person with a disability on a wheelchair. (Yonhap)

The report from the Korea Labor and Society Institute found a total of 6,547 workers were excluded from the minimum wage rule as of August 2021.

By law, the minimum wage does not apply to employees “with a very limited working capacity due to a mental or physical disability and other employees to whom it is deemed inappropriate to apply the minimum wage.”

The report said the act recognizes exceptions too broadly, giving employers leeway to violate the rule.

By industry, the percentage of workers below the minimum pay was the highest in arts and leisure sectors with 14.8 percent, followed by transport (11.1 percent), accommodation and food services (11 percent), education (9.8 percent), and real estate lease business (9.8 percent).