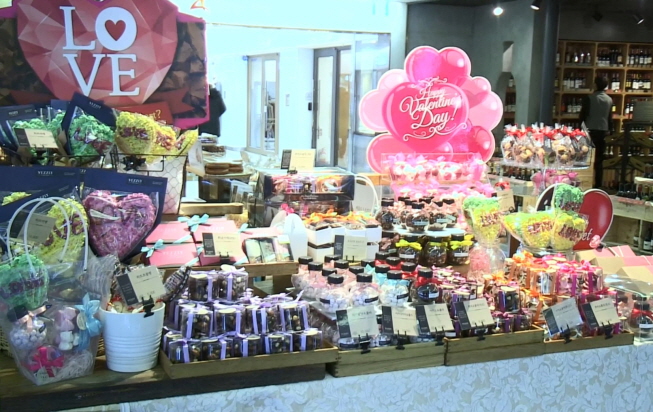 Valentine’s Day was selected the most, accounting for 96.2 percent, as the most commonly known anniversary among the respondents. (Yonhap)

SEOUL, Jul. 5 (Korea Bizwire) — A recent survey has revealed that 7 in 10 South Koreans are sick of various anniversaries such as Valentine’s Day and Pepero Day.

According to a survey of 1,000 men and women aged between 13 to 59 nationwide by local research firm Embrain, 69.6 percent of respondents said they felt more and more tired with too many so-called “○○ days.”

Some 42.9 percent of the respondents were positive about the culture of celebration in South Korea. They said such a culture has the effect of sharing friendship and strengthening human relationships.

On the other hand, 53.6 percent of the respondents were negative. They reported that aggressive commercialism fosters excessive celebration.

Furthermore, some 57.5 percent of the respondents were concerned that such a culture fosters materialism.

Valentine’s Day was selected the most, accounting for 96.2 percent, as the most commonly known anniversary among the respondents.

According to an official from Embrain, the survey found that many consumers feel tired of the excessive commercial tone set by such holidays.

In addition, the vast majority of the public was overwhelmed by the number of these celebrations.

However, 71 percent of the respondents said they liked non-commercial event days.