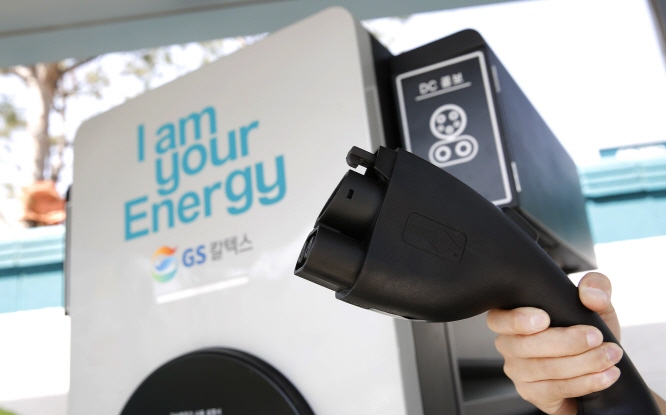 SEOUL, Jul. 17 (Korea Bizwire) — It may seem to be a contrarian ploy for a gas station to provide an electric vehicle (EV) charging service, but local refiners have been quick in adding such services in an attempt to capitalize on the fast-growing battery-powered car segment.

Three of four major South Korean refiners are already starting or expanding EV charging services at their gas stations. Only S-Oil Corp., the country’s third-largest refiner, has yet to join the move.

As of end-June, there were 72,814 EVs and 7,019 plug-in hybrid EVs in the country, nearly double the number from a year earlier, according to data from the transport ministry and the Korea Automobile Manufacturers Association.

The government expects the country to have 3 million EVs by 2030.

“This market has been led by the government, but it’s meaningful that private companies are now trying to take a front seat,” said Jeong Tae-young, former chief of the EV charging infrastructure committee under the Korea Smart Grid Association.

“I think refiners are entering the EV charging business for their survival in the upcoming EV era, and that can bring a positive change to the industry.”

Hyundai Oilbank Co., the nation’s smallest oil refiner, said Monday it will install fast EV chargers at its 10 major gas stations and some large discount stores by next year.

The affiliate of Hyundai Heavy Industries Group said it plans to share the business model with its 2,300 gas stations nationwide.

“Small cars in urban areas are likely to be quickly replaced by EVs,” Han Hwan-gyu, a sales director at Hyundai Oilbank, said.

“By setting up an EV charging infrastructure, we aim to become a leading company in the future fuel market.”

The refiner is planning to install EV chargers not only at its gas stations but also at large discount stores, cafes and fast food stores with drive-thrus.

“We’re looking into lifestyles of people in their 20s and 30s who are the main customers of EVs,” a company spokesman said.

SK Energy Co., an affiliate of South Korea’s largest refiner SK Innovation Co., has been test-operating a gas station with an EV charging service in Seoul since April.

In May, GS Caltex Corp. also joined the move by installing rapid EV chargers at its seven gas stations in Seoul. The nation’s No. 2 refiner plans to offer the same service in major cities like Busan and Ulsan later this year.

Although the scale of their EV charging business is not large, industry insiders said once refiners fully use their network on major roads, it will further upgrade the country’s EV charging infrastructure.

The government aims to have at least 10,000 fast chargers in the country by 2022, but as of last year, there were only 1,699 rapid chargers, according to the Ministry of Environment. 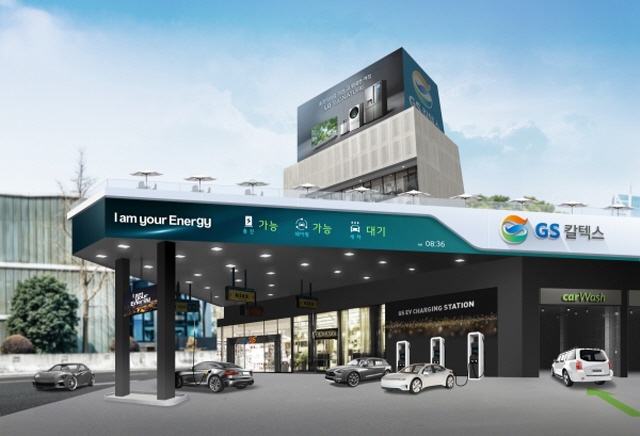 “EV charging facilities should be installed in areas with some traffic, but due to space and power supply issues, that’s not easy,” a spokesman from GS Caltex said.

Refiners said their rapid chargers are 100-kilowatt chargers that can charge 50 kilowatt-hours in 30 minutes, which is more than two times faster than standard chargers. Usually, EVs can drive about 250 kilometers with 50 kWh.

While refiner-controlled gas stations are paving the way for EV charging services at the pumps, privately owned gas stations will eventually join the trend as well.

Currently, there are about 12,000 gas stations nationwide but only 0.5 percent of them have EV charging facilities, according to data from the Korea Oil Station Association (KOSA)

“Although it looks contradictory, many gas station owners are not opposed to having EV charging services because they know they have to find ways to survive in the era of eco-friendly cars,” said Kim Moon-sik, who heads the Korea Gas Station Operators’ Union.

“There are already gas stations that offer EV charging services, but many owners fear launching such a business because of low profitability.”

For self-employed gas station operators, the cost of building EV charging facilities is also a burden. It costs about 40 million won (US$33,800) to install one EV charger, according to industry insiders.

“The government does provide subsidies for EV charging systems, but not all of the operators can receive them,” said Shim Jae-myung, a KOSA director.

“In fact, it still takes about 30 minutes to charge EVs even with fast chargers, which means gas stations need to have enough space to accommodate EV cars and also a rest area for EV drivers. Not many gas stations can afford that.”

The Ministry of Environment originally set the fast charger rate at 313.1 won per 1 kWh but to promote EV supply in the nation, it offered the discount until the end of this year.

“To make a sustainable EV environment in the nation, it’s about time to raise the EV charging rate,” said Kim Pil-su, an automotive engineering professor at Daelim University.

“Our previous study showed that the rate should be at least 340 won per 1 kWh, but that’s something all related parties, including the government, need to think about.”