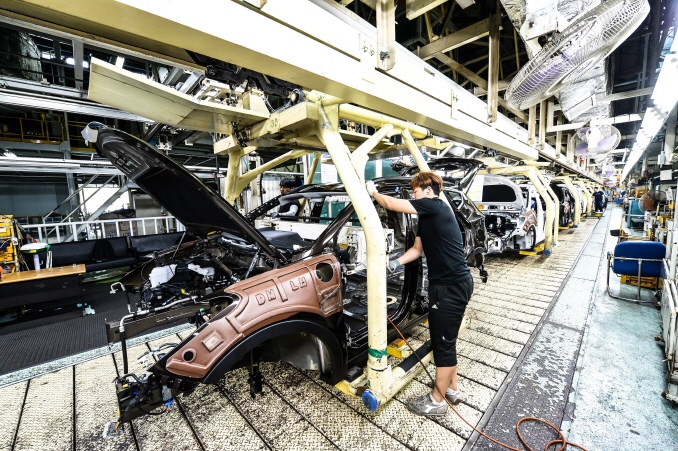 Hyundai Motor Co. and its affiliate Kia Motors Corp. plan to simplify the overall quality control process to better focus on resolving problems, a Hyundai official said over the phone.

Hyundai and Kia, which together form the world’s fifth-biggest carmaker by sales, will also simplify the decision-making process to respond to customers’ demands as quickly as possible, he said.

The move comes a week after the group’s longtime heir Chung Euisun officially took over the helm at the country’s second-biggest conglomerate after Samsung Group as it pushes to morph into a future mobility solutions provider.

The country’s two biggest carmakers launched their separate quality control task force teams early this year after they put aside hefty provisions for the recall of the Theta II gasoline direct injection (GDi) engine for problems, such as engine stalling and non-collision fires, in the United States in the third quarter of last year, he said.

The carmakers once again put aside 2.1 trillion won (US$1.8 billion) and 1.26 trillion won in provisions in the third quarter, respectively, for the engine recall and preemptive measures for quality management.

They are expected to shift to a net loss for the July-September period as the massive provisions are reflected as losses in their net results. 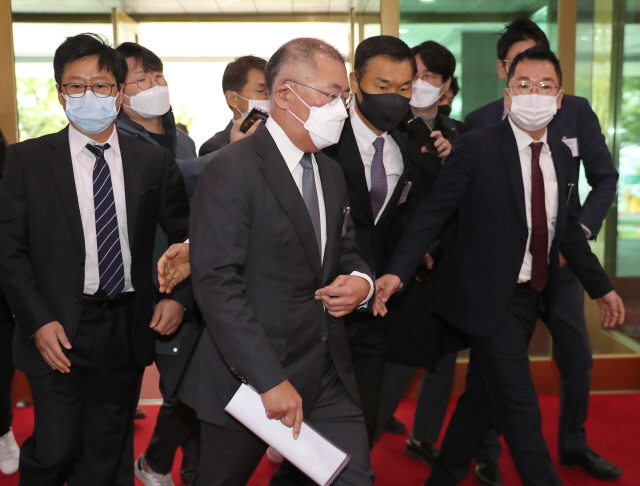 Chung Euisun arrives at the government complex in Seoul on Oct. 15, 2020, to attend a meeting of the hydrogen economy committee, the first official schedule as the new Hyundai Motor Group leader. (Yonhap)

This week, Hyundai Motor said it will voluntarily recall 77,000 Kona Electric models due to a faulty battery cell component, as 14 cases of fires in the model — 10 domestically and four overseas — have been reported since 2018.

In the third quarter of 2019, Hyundai Motor posted a net profit of 460.5 billion won, up 51 percent from 306 billion won a year ago on a weak won and robust sales of SUVs.

The two carmakers are scheduled to release their third-quarter earnings results Monday.