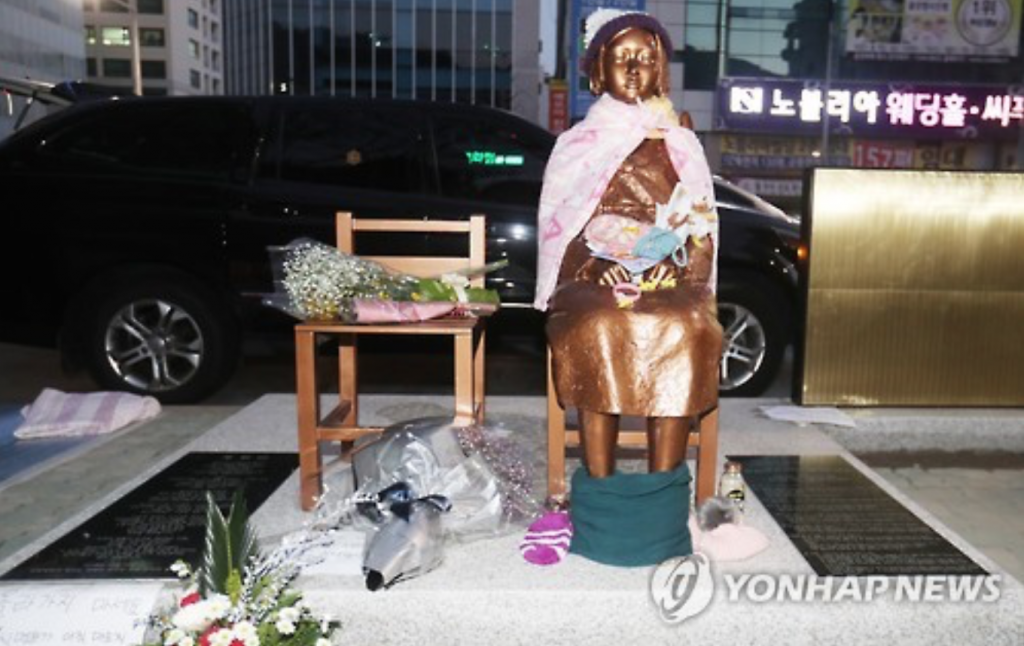 Asked about the new girl statue erected in December in front of the Japanese Consulate in the southern port city of Busan, 78 percent said it should be kept there. (image: Yonhap)

SEOUL, Feb. 17 (Korea Bizwire) – South Koreans’ calls for the renegotiation of a 2015 Seoul-Tokyo deal on Japan’s sexual enslavement of Korean women during World War II have been rising amid the rekindling of a row between the two countries over symbols of the victims, according to poll results released by Gallup Korea on Friday.

About 70 percent of the respondents said South Korea should hold talks with Japan to renegotiate the agreement, while 20 percent of them expressed their objection to the idea, with the remaining 10 percent having reservations about it.

Under the deal reached on Dec. 28, 2015, Japan apologized and agreed to provide 1 billion yen (US$9.4 million) for the creation of a foundation aimed at supporting the victims, euphemistically called comfort women.

The poll surveyed the opinions of 1,003 males and females aged over 19 from Tuesday to Thursday.

The public’s approval rating for the renegotiation rose to 63 percent in September 2016 from 58 percent in January 2016, one month after the deal.

Out of the respondents, supporters of the ruling Liberal Korea Party disapproved of the renegotiation, 58 percent to 30 percent.

Asked about the new girl statue erected in December in front of the Japanese Consulate in the southern port city of Busan, 78 percent said it should be kept there, with 16 percent saying it should be removed or transferred.

In January, Japan recalled its ambassador to Seoul in protest of the statue installment in front of the consulate. The ambassador has not come back to Seoul.